Josh Donaldson hit a pair of two-run homers and J.A. Happ pitched well into the sixth inning as the Blue Jays defeated the Yankees, 4-2, on Tuesday evening at Rogers Centre in the opener of a three-game series.

Donaldson notched the 12th multi-homer game of his career by launching his 14th and 15th long balls of the year in his first two at-bats against veteran CC Sabathia, who lasted just three innings in the effort. The Yankees announced after the game that Sabathia is headed back to New York with a right knee injury. 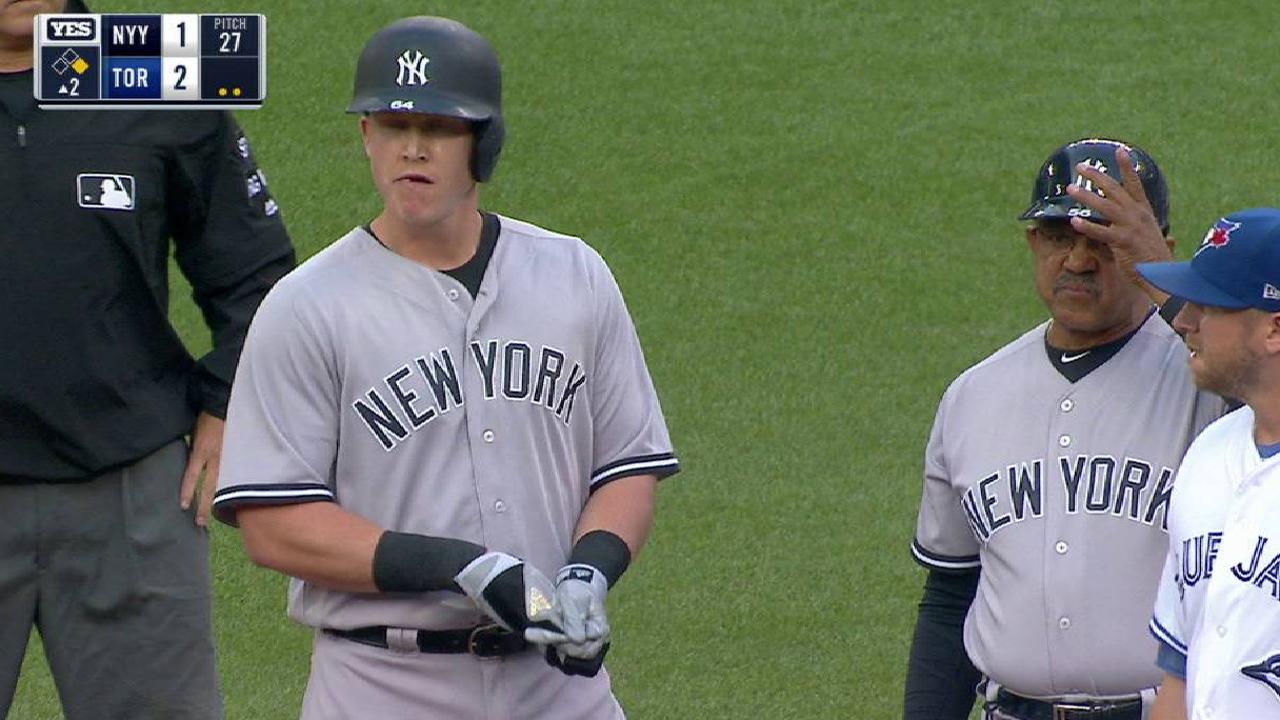