Thousands of dollars in scholarships and several accolades were given to South Seneca seniors who demonstrated academic achievement, leadership and character during their last year of high school.

The 2017 South Seneca Senior Class Awards brought proud parents, guests, school staff members and award presenters to the middle school-high school auditorium to honor all of the seniors’ accomplishments. A monetary award accompanied a majority of the recognitions, while others were presented as plaques, certificates of achievement and one included a drill set. 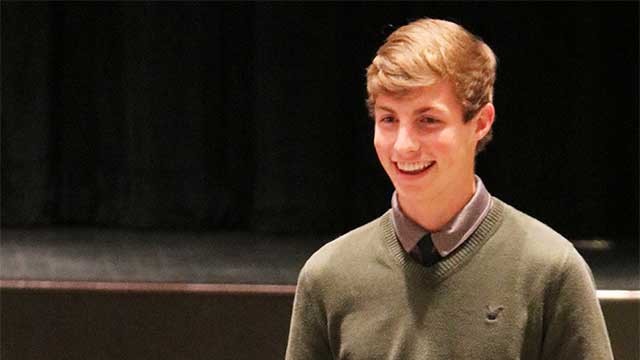 High School guidance counselor Scott Anderson presented all South Seneca seniors who will wear colored stoles at graduation to signify their level of academic achievement for overall averages of 88 and above.

“You obviously demonstrate a lot of skill in the classroom, but what really impresses me is your people skills,” he said. “I hope it takes you back to the South Seneca area sometime.”

Following the ceremony, honorees and their guests mingled over light refreshments. A full list of award recipients will appear on the school district website, www.southseneca.com.