Ryan Goins homered and drove in four runs to support another strong effort from Marco Estrada as the Blue Jays defeated the Yankees, 7-1, in the opener of a three-game series on Monday at Yankee Stadium.

Goins slugged a two-run shot in the second inning and connected for a rare two-run sacrifice fly in the sixth. Chris Coghlan and Jose Bautista also homered for the Blue Jays, who have won 11 of the last 16 meetings between the American League East rivals. 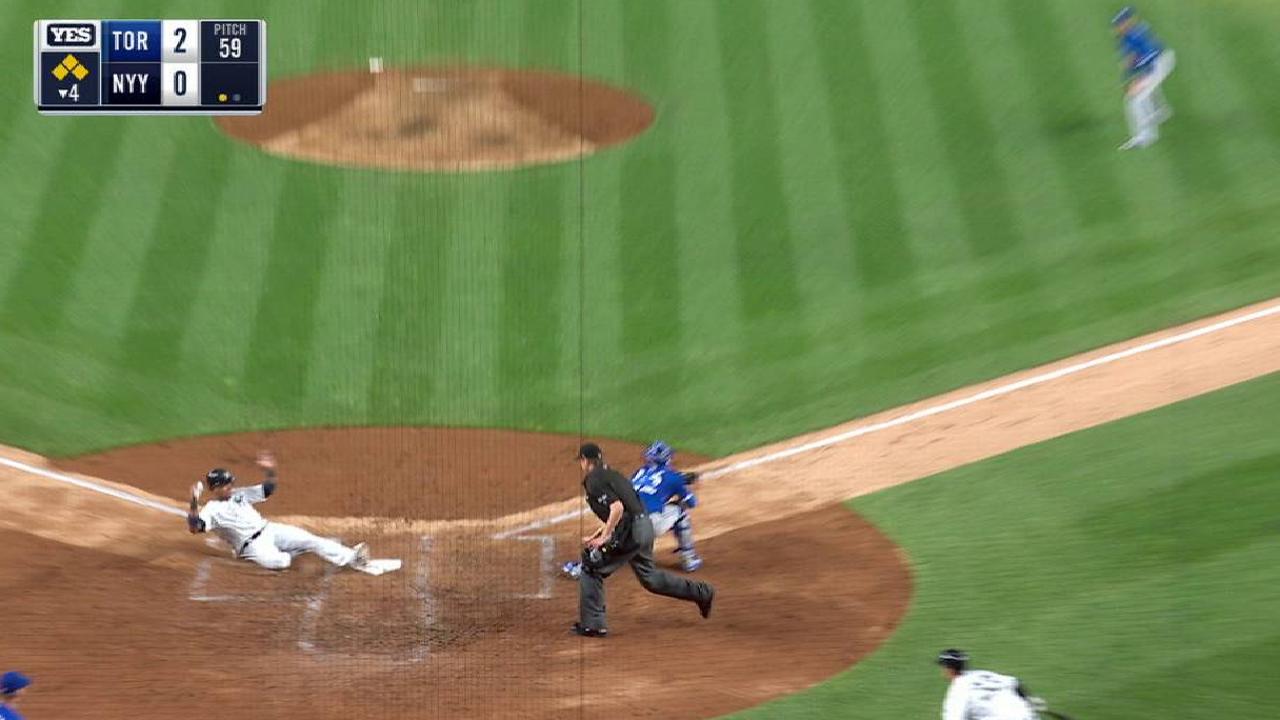