The New York Yankees dominant pitching and clutch hitting now finds the ball club tied for first place in the American league with a 15-8 record (.652 WPCT).

It’s pretty obvious that the main contributors in a resulting two game sweep against arch rival Boston Red Sox were Luis Severino and Masahiro Tanaka. After having what was planned to be game one of the series due to a rain delay, the team decided to give everyone an extra day of rest, moving Severino’s start to the next night. This would be a smart move by the organization, as the young right hander was spectacular. Sevvy took charge against the Sox going for 7 innings, giving up no runs, and striking out 6. With the help of a home run from the day’s birthday boy, Aaron Judge, the Yankees won 3-1. Severino has been doing a great job in mixing his fastball with quality offspeed stuff. This year, Sevvy has thrown his 88 mph changeup 15.8% of the time, compared to 8.9% in 2016. It is a perfect pitch to use to deceive batters, as opponents are 0 for 15, with 8 strikeouts. Severino has played a huge part towards the Yankees’ success. However, if you thought Sevvy’s start was good, you must have been jumping up and down for what Masahiro Tanaka did. In a matchup that featured one of the most premier pitchers in the game, Chris Sale, the Yankees knew they had little room for error. Any sort of lead the Red Sox may get against us could be detrimental. As a result, Tanaka proved why he is a true ace by neutralizing their entire offense. Besides Hanley Ramirez, no one at all had Tanaka’s number. In fact, he was so good that he finished the game with a complete game shutout, the team’s first since Brandon McCarthy in 2014. Only giving up three hits, Tanaka had the best game of his career at an opportune time. The Yankees won this one 3-0 on a two RBI game from Matt Holliday. 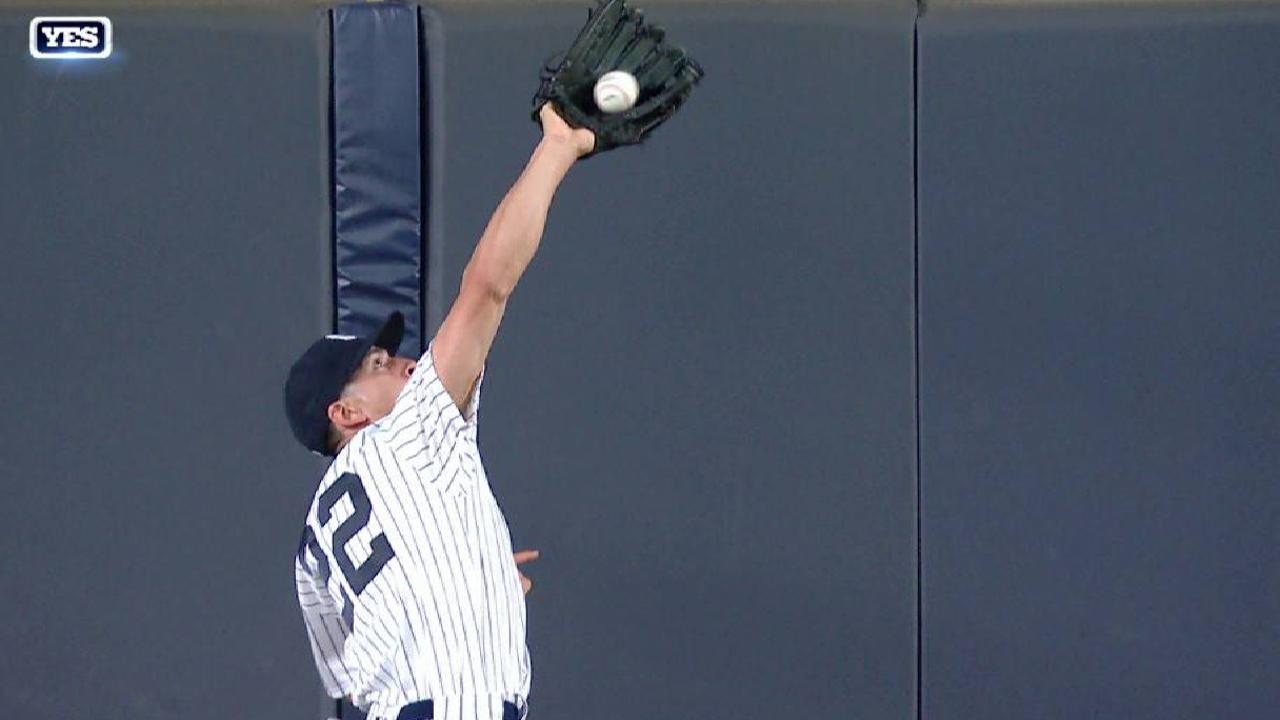 Game of the Year?

On a temperate, Friday Night, the Yankees squared off for a matchup versus the Baltimore Orioles. C.C. Sabathia took the mound in what would be an absolute nightmare for him. The likes of Manny Machado, and Welington Castillo found the Yankees down 5-0 in the fifth. The Yankees fought back though with a solo shot off the bat of Aaron Judge. However, everyone changed the channel when Mark Trumbo hit a grand slam off of Bryan Mitchell in the next inning. The score was 9-1. In spite of all that, what matters most in baseball is that the game is not over until it’s over. The Yankees plated home three in the sixth on a groundout from Didi Gregorius (welcome back!) and a 119 mph homerun from Aaron Judge, his second of the game. A two run single from Jonathan Schoop made the score 11-4. But, the Yankees kept going. After Austin Romine, Chase Headley, and Matt Holliday all managed to get on base, Jacoby Ellsbury blasted one into the right field seats for a grand salami. The score was 11-8. Everything then went quiet, until the bottom of the ninth. Facing Brad Brach, in place of an injured Zach Britton, with two runners on, Jacoby Ellsbury grounded into a fielder’s choice to shortstop to close the gap to 11-9. But then came STARLIN CASTRO! off of one knee, tying the game with a two run shot into the left field bleachers. The Orioles have blown a lead that went as a large as 8 runs. It was only destiny too that the Bombers would win this one. In the 10th, Matt Holliday takes one over the leaping Adam Jones for a walkoff home run that sealed an 14-11 victory. This game was full of absolute madness, one in which may not be topped for the rest of the year! 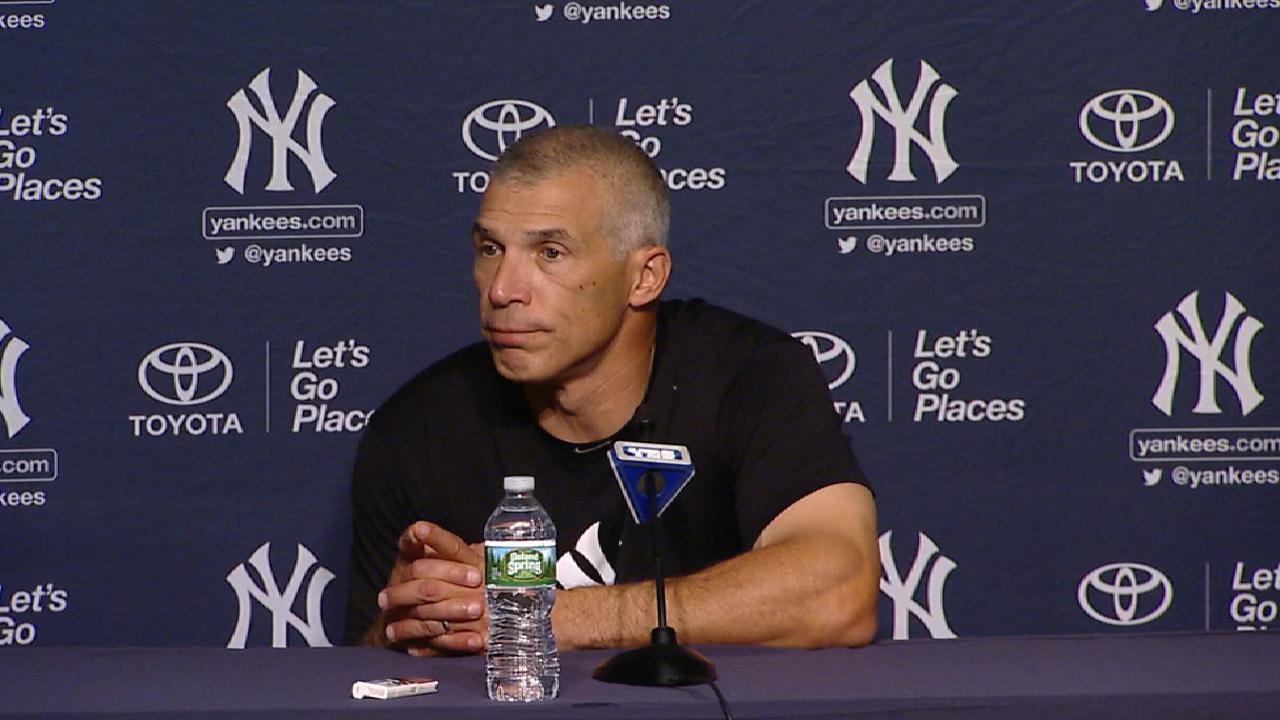 This entire week has been full of many close games besides the one on Saturday. Orioles starting pitcher, Ubaldo Jimenez was left dumbfounded when he gave up his second homerun of the game, both being to the struggling Brett Gardner. Austin Romine, who has done a superb job filling in for the injured Gary Sanchez, got into the action on this one as well, totaling a career high 5 RBIs. Michael Pineda on the bump, was great, despite only lasting 5 ⅓ innings due to pitch count. He finished the day with 8 strikeouts, giving up 5 hits and 2 non-impactful runs. This game was a nice change of pace with the Yankees winning 12-4.

Looking for the sweep, it was Jordan Montgomery and Wade Miley. After a rather depressing two games for the Orioles that found them a game out of first place; they knew this one was a must win. The score was knotted at 2 in the 6th went Jonathan Schoop hit a double to center to give the Orioles the lead. Craig Gentry grounded out later in the inning, extending their lead to a score of 4-2. However, as clutch as the Yankees have been this week, this game was not yet over. A Matt Holliday single, and a walk from Aaron Judge and Chase Headley against Darren O’Day found Didi Gregorius up at the dish against left-hander Donnie Hart. Didi showed why those kind of tactics don’t work for him, as he would get one right up the middle to tie the game. The Yankees were riddled by miss opportunities though, as the next batter Chris Carter stuck out to put the game into extra innings. In a rather unusual 10th inning that saw relief pitcher, Bryan Mitchell play first base, where he completed the second out, the game was still tied in the bottom half of the inning. The team loaded the bases once again with only one out, but it was only a repeat of the 9th, as a fielder’s choice from Starlin Castro, and a strikeout from Aaron Judge ended the inning. Bryan Mitchell was placed back on the mound and unfortunately playing first base may have put him a little out of it. The Orioles scored three runs in the 11th, which lead to an eventual 7-4 defeat for the Yankees.

The struggling Toronto Blue Jays will come over to town for a three game set. The Bombers will then head over to Wrigley Field to face off against the world champion Chicago Cubs.