Mark Trumbo and Welington Castillo contributed big hits in a three-run 11th inning as the Orioles rebounded from another late bullpen collapse, snapping the Yankees’ four-game winning streak with a 7-4 victory on Sunday afternoon at Yankee Stadium.

Trumbo delivered the go-ahead hit off reliever Bryan Mitchell, who had returned to the mound after an unorthodox shift to first base, and Castillo roped a two-run single as Baltimore reclaimed a share of first place in the American League East. 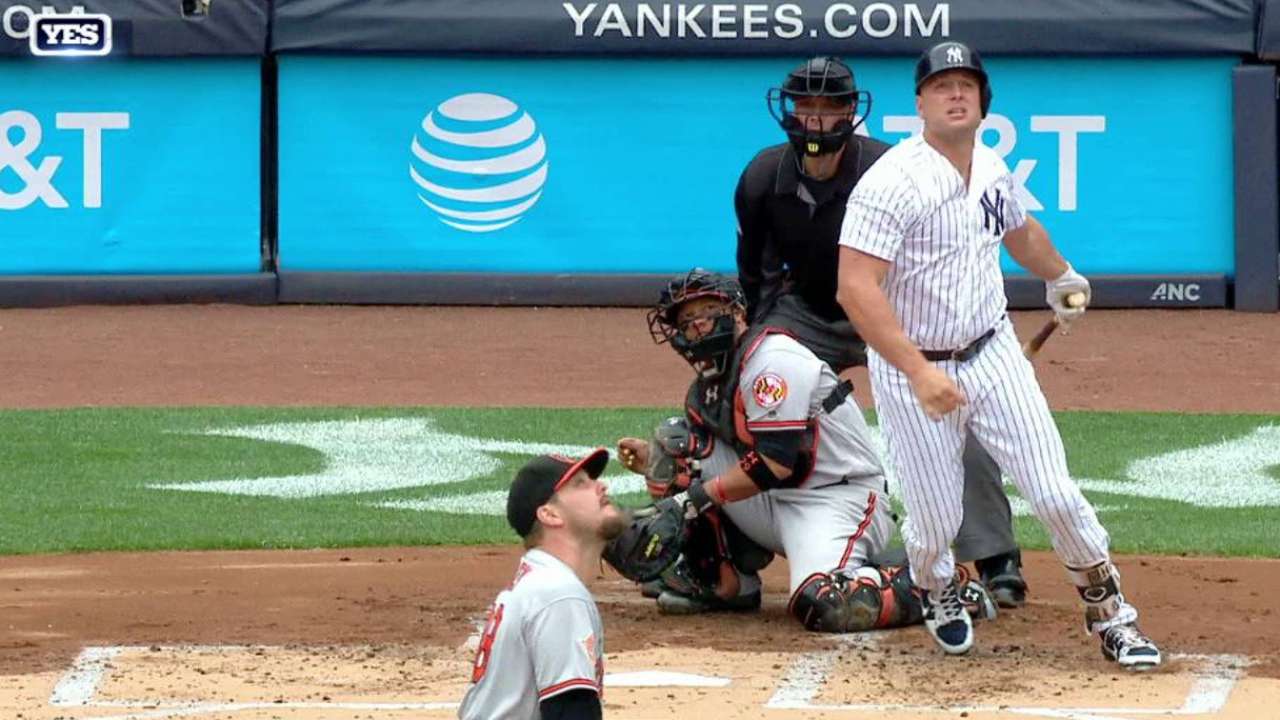