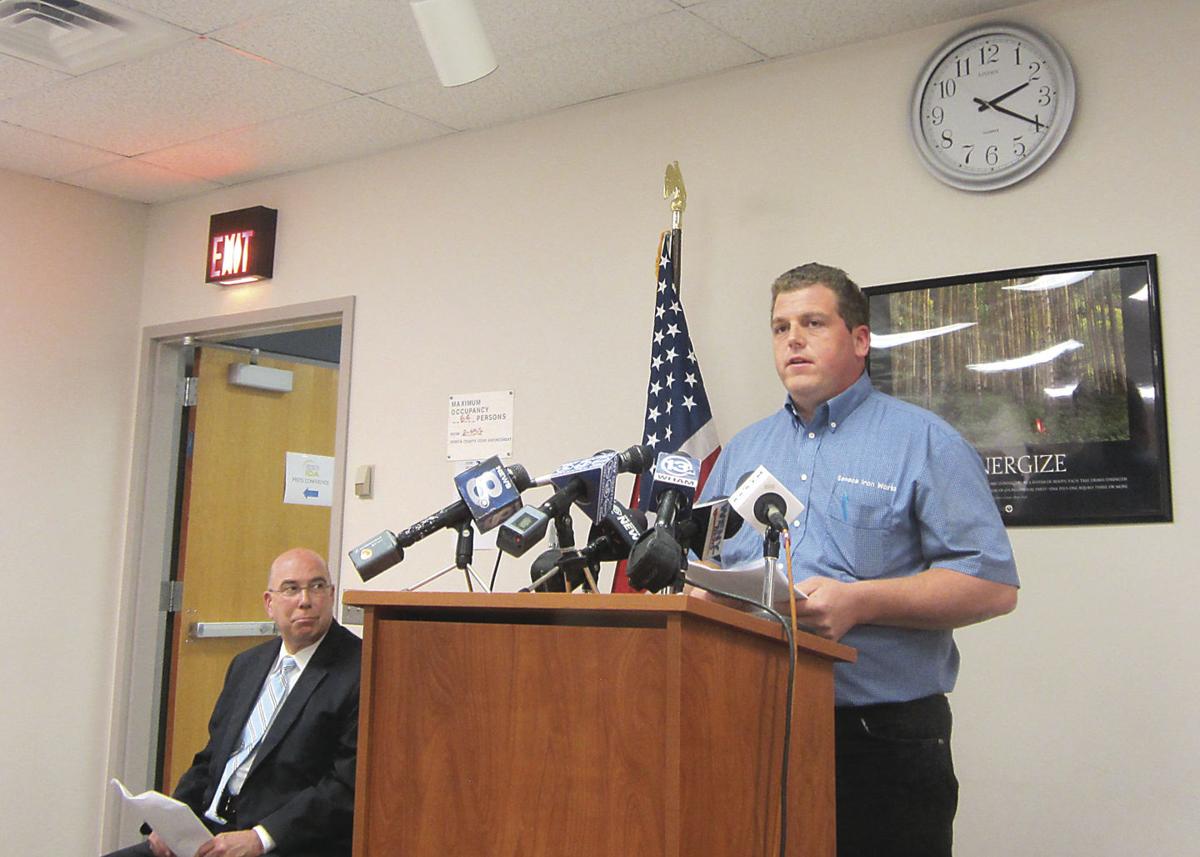 Things are changing at Deer Haven Park at the former Seneca Army Depot.

In a press release on Tuesday, Earl Martin announced that 300 brook trout and brown trout would be released into waterways throughout the Depot property.

Martin, who owns Deer Haven Park, said the trout were recently released into the Depot waterways in an effort to focus on the ecology as a sustainable, complete program.

“We are cautiously optimistic that the trout we released will be the beginning of our vision for the future,” he said.

The release of the trout is in addition to Deer Haven Park’s frost-seeding of more than 70 acres of food plots for the Depot’s rare white deer herd, which took place last month. Clover and other grasses were seeded; they’re hearty crops, able to grow in early spring when the soil goes from freezing to thawing and back again.

The organization has also acquired the equipment needed to plant even more crops this month, including high-energy and high-protein crops. The crops are being planted strategically to avoid overcrowding in any one area.

“We are hopeful that the white deer herd’s numbers will increase this spring,” Martin said. “In addition to the food plots, we are working extremely hard on predator management to ensure the white deer have the best chance to survive and thrive this year.”

White deer predators include humans and coyotes. Security upgrades, such as continuous fence repairs and increased security patrols, have been ongoing in recent months in an effort to prevent unauthorized hunters, some of whom might poach white deer, from accessing the Depot property.

Deer Haven Park is taking a multifaceted approach to predator management and in the future will include multiple methods to remove predators from the Depot’s white deer areas.

Martin requests that all pet owners – especially those walking their dogs now that the weather is getting warmer – avoid Depot property due to potential interference with Deer Haven Park’s wildlife management programs. There are several sensitive areas throughout the Depot and Deer Haven Park wants to be sure there are no wildlife disturbances, as well as no accidents or injuries to anyone.

The Seneca County IDA board recently approved a payment-in-lieu-of-taxes (PILOT) agreement with Deer Haven Park. The agreement allows the organization to continue investing in the Depot, Martin said. Funds so far have been used to rebuild the white deer’s habitat, assess the Depot’s other wildlife and broader ecosystem, hire an ecologist and initiate a wildlife development plan, and invest in feasibility studies to determine best steps moving forward.

“We are actively investing in the Depot’s future,” he said.