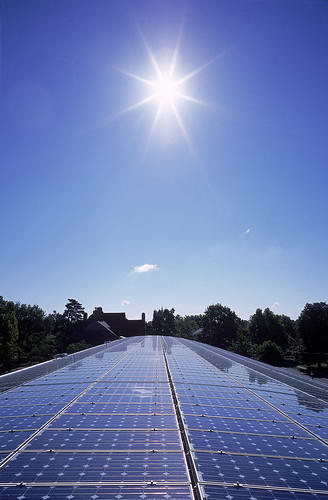 The meeting didn’t even last 90 minutes, but the Seneca County Board of Supervisors heard a number of issues on Tuesday.

Two public hearings were scheduled for potential adoption of local laws; one addressed the salaries of select officials in Seneca County, while the second addressed a tax exemption in New York for property owners with solar, wind and farm waste energy.

Neither saw any members of the voting public speak at the meeting. However, Chris Topher, a Lower Lake Road resident, submitted a letter to the board, which was read aloud by Seneca Falls Supervisor Paul Kronenwetter.

“I recently installed solar panels on my property for private use. There certainly is not a lot of incentive, other than environmental, for a homeowner to install solar. The payback period to break even is approximately 10 years. If I was faced with having the panels assessed and taxed at the current tax rate (which I think we all know will only increase annually) the break even payback period would be never.”

His remarks concluded, asking the board that they consider differentiating between third-party commercial solar operations and private homeowners. “I am hoping that the board can find a middle ground that would tax those for-profit installations and not discourage homeowners and business owners from replacing their fossil fuel electric source with wind or solar,” Topher’s letter concluded.

Several supervisors vocalized support for the exemption that was currently on the books. The board would later take action on the matter — sending it back to committee unanimously.

Seneca Falls Supervisor Stephen Churchill was one of those in favor of keeping it on the books. “By enacting this it says Seneca County isn’t a green county,” he told the rest of the board. It was noted to the board that there are only 26 solar units in the county, and none of those operations are commercial at this point.

Romulus Town Supervisor David Kaiser said, “We should be encouraging wind and solar.” He continued, “I’d like to see this go back to committee — maybe we should do more research before making a knee jerk reaction.”

Seneca Falls Town Supervisor Greg Lazzaro voiced support for moving the the potential law back to committee for consideration and debate.