Three games involving Wayne-Finger Lakes boys varsity basketball teams were on the slate Thursday night. In the game of the night, Midlakes travelled west to battle Bloomfield in a game that needed overtime to decide.

Junior point guard Bryce Burri poured in 31 points as the Midlakes Screaming Eagles improved to 2-0 be defeating Bloomfield on their home court in overtime. Daryn Carswell had 18 point, 10 of them from the charity stripe on 10-15 shooting. Big man Trevor Milliman contributed 14 in the win. For the Bombers (0-2), Bryce Beechler had a huge game with 22 points and 15 rebounds, Patrick Geitner had 20, and Tanner Kimball had 10 points and 7 rebounds in the loss. 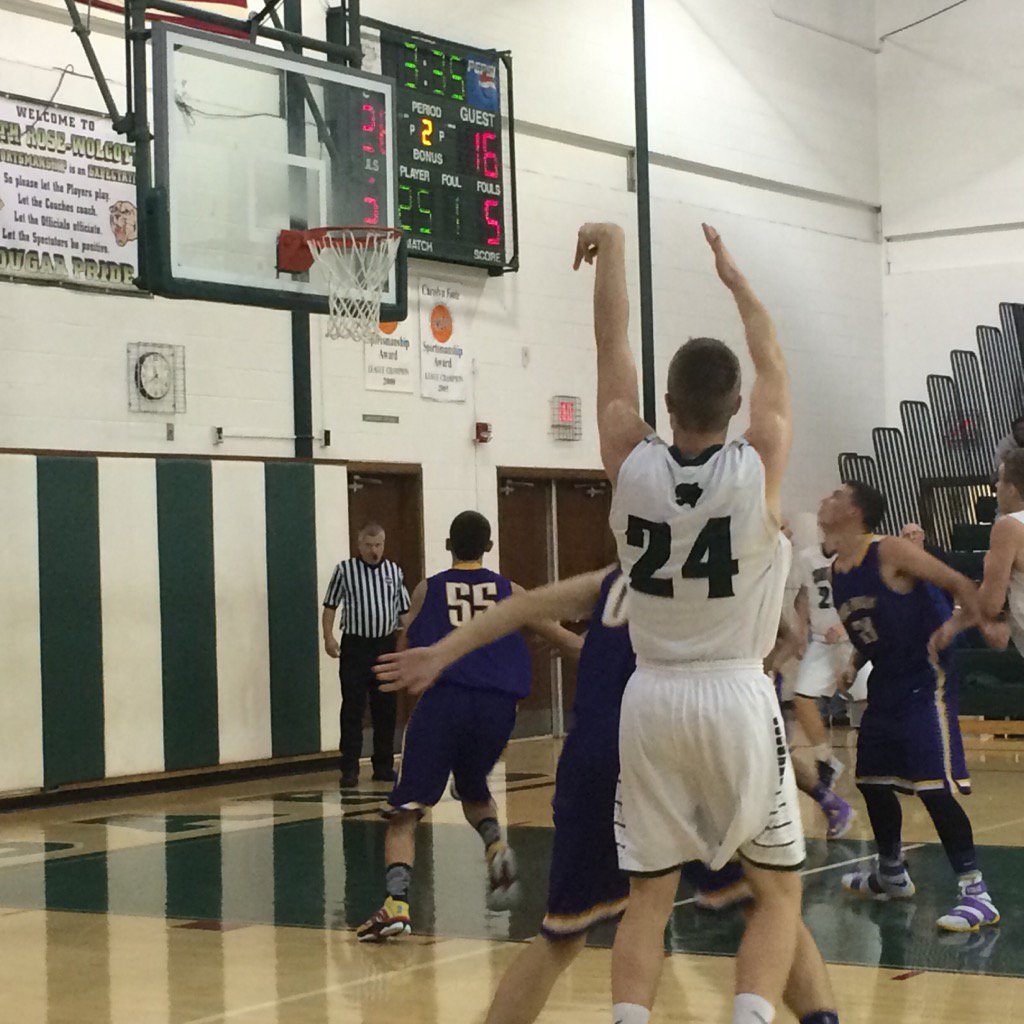 North Rose-Wolcott senior Tyler Norris out the Cougars on his back and carried his team past Sodus, 50-43, in an early season Wayne County league match-up. Norris scored 29 points on the night and pulled down 16 rebounds, more than any other player in the W-FL so far this year. He also recorded his  998th varsity point in front of his home crowd. Norris was supported by Nate Sanford who scored 8 points and grabbed 7 rebounds. NR-W moved to 1-1 on the season and 1-0 in the league standings. Sodus, on the road for their opener, was led by 8 points from Maliq Burton and 7 from Danny Johnson. The win was the first varsity victory for 1st year NR-W head coach Paul McIntyre.

Lester Miller’s Dundee Scots start their season at 2-0 with a 45-35 win at Hammondsport. Bobby Strait scored 10 and Tyler Brace had 8 points. Parker Watson led the scoring for Hammondsport with 11 points.

Bryce Burri’s 31 points and Tyler Norris’ 29 points were both single-game highs for Wayne-Finger Lakes scorers so far this season. Here’s a look at the top single-game scoring outputs through the first 2 weeks of action…

In girls action, Newark was at home to face Dansville and the Reds would roll to an easy 53-21 win. Ladonia Smith had 10 points and 4 rebounds, Malia Banks had 9, and Carly Shear had 7 points and 6 assists to pace the Reds.

Also on Thursday night, the East Rochester Lady Bombers fell at Byron-Bergen, 59-38. Clyde-Savannah and Weedsport were also in action but the score has not been reported.

Congrat to @TNor24 on a 1,000 career points, guess all those practices of me guarding you payed off.

See voting poll in next tweet for student section t-shirts. Keep in mind these are just rough drafts. Will be 15$ or under/a piece. pic.twitter.com/CGFfTqGJ4l

Check out a triple-header of hoops action on Saturday, LIVE on FingerLakes1.com…