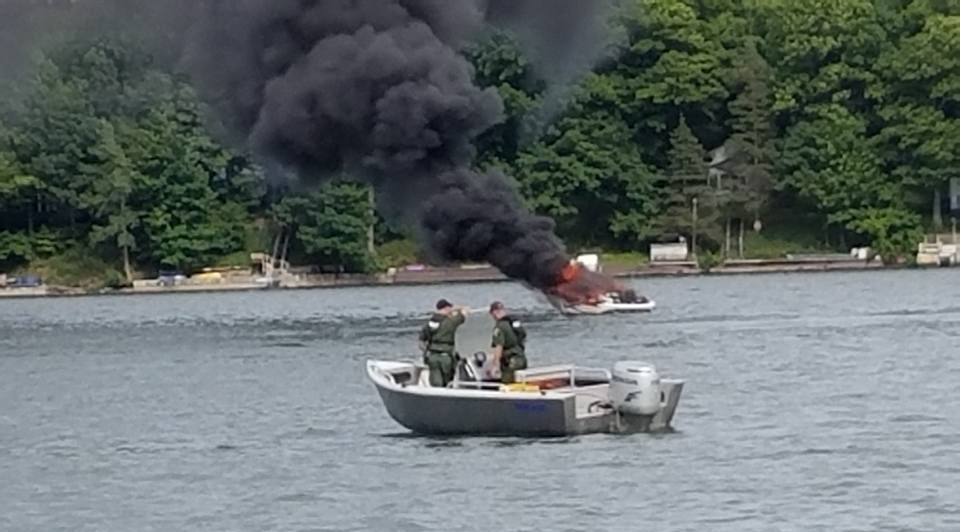 A boat was destroyed Sunday after it caught fire on Sodus Bay.

While little information is currently known about the fire – reports indicate that everyone aboard safely made it ashore. Eagle Island, which is a short distance from where the boat began to burn was where the occupants ended up.

An investigation is underway and the cause of the fire has yet to be determined. Those who observed the fire say that it caught fire and burned for about 20 minutes before any emergency crews could get to it.

Check out the video of the fire below from Wayne Stoutner:

Read more below from 13WHAM.com…