As the New York Yankees prepare for opening day on Monday, their fans hold their breath as the franchise looks to continue their resurgence. The Yankees finished 87-75 last year and went to the playoffs for the first time since 2012. Unfortunately, it was a short postseason as they lost to the Houston Astros in the Wildcard game. Now, spring is upon us again and the Yankees are hoping to build on the success they had last season.Let’s take a look at the 2016 New York Yankees… 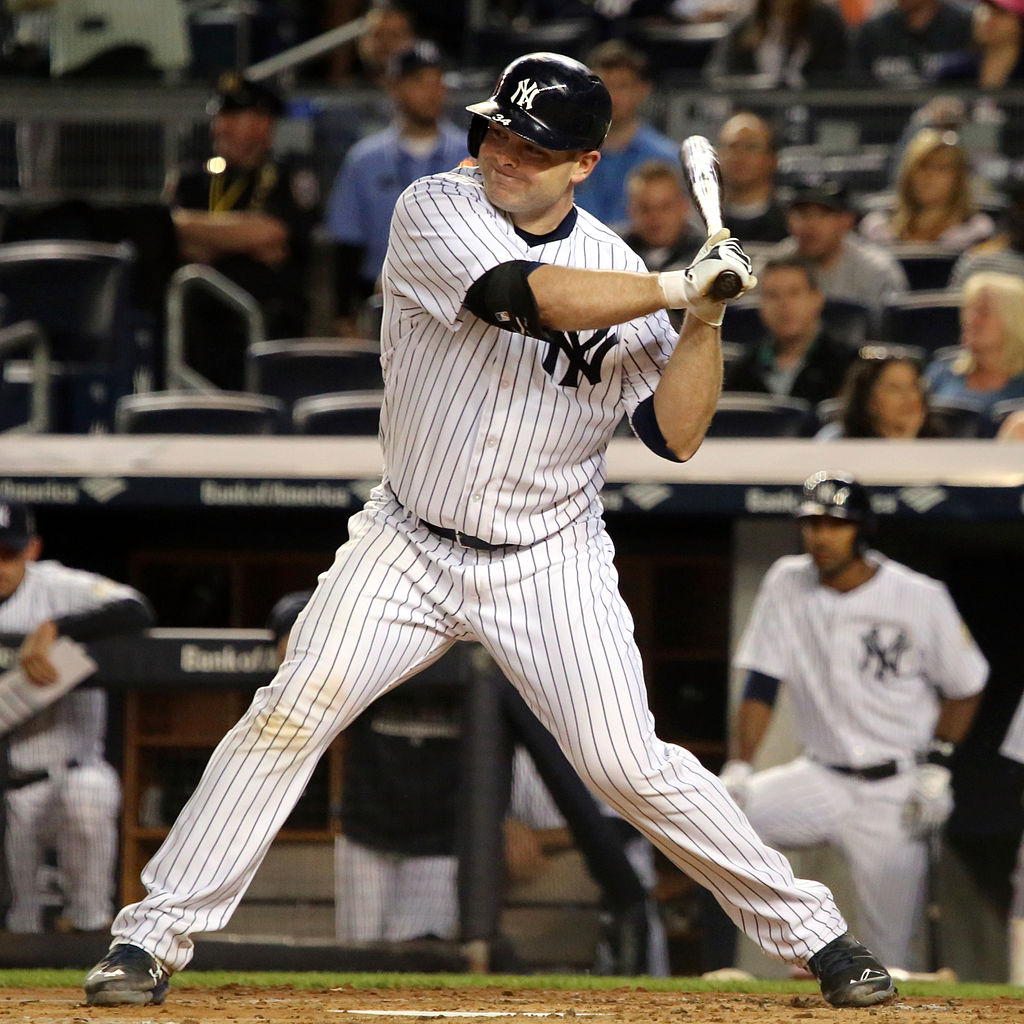 The LineupThe Yankees’ lineup remains similar to that of last season. Led by guys like Alex Rodriguez and Brian McCann, the Yankees finished last year with the second most runs scored in the entire league at 764 (trailing the Toronto Blue Jays at 891). This team has the talent needed to be contenders, but the two major obstacles are health and consistency. The Yankees were fortunate to avoid major injuries outside of a significant blow when first baseman Mark Teixeira fractured his shin during a game in mid-August, ending a productive season. The Yankees need to be consistent in order to win games. If the Yankees even want to think about another play-off berth, players like Jacoby Ellsbury and Brett Gardner can’t have their numbers fall off as they did during the second half of last season. While the core lineup will be the same, there will be some changes heading into 2016.During the offseason, the Yankees acquired Starlin Castro in a deal that sent Adam Warren to the Cubs. Castro, a 3 time All-Star with Chicago, will be the team’s Opening Day second baseman. This is a major upgrade over Stephen Drew, who the Yankees had last year. The team also acquired outfielder Aaron Hicks from the Minnesota Twins in exchange for catcher J.R. Murphy. Hicks is a pretty solid platoon player hitting over .300 and 6 of his 11 home runs against left handed pitchers. He will replace Chris Young who was let go in free agency.Other than Starlin Castro, their lineup is exactly the same. With Greg Bird being out for the season, Teixeira will be back at first base. To go along with that, we still have A-Rod, Beltran, McCann, Chase Headley, and Didi Gregorius at shortstop. The Yanks’ two speedsters return in Brett Gardner and Jacoby Ellsbury.The backup catcher will most likely be Austin Romine because of the loss of J.R. Murphy, but we still have Rob Refsnyder, and Dustin Ackley who are hoping to be a major part of the team going forward. This lineup isn’t all that different to the one that was second in runs scored last year. So at this point, if the Yankees want to be contenders, the overall lineup just needs to remain healthy and be consistent. 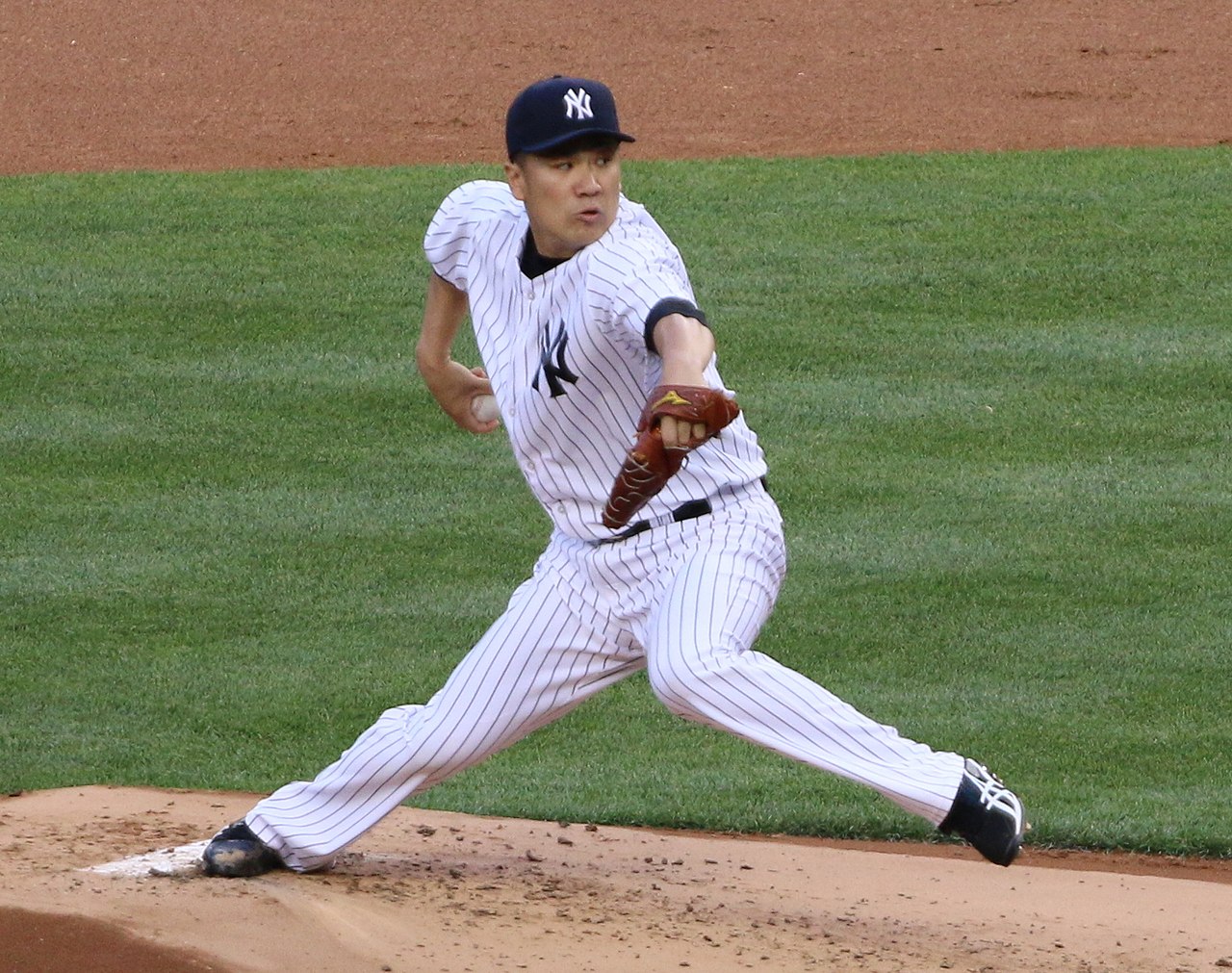 The PitchingOne major factor the Yankees need to monitor is their pitching. The team was middle-of-the-pack in terms of ERA last year at a 4.05. Their rotation is nearly the same, minus Adam Warren. Masahiro Tanaka, Michael Pineda, Nathan Eovaldi, and Luis Severino return. But, with the loss of Warren, that leaves a hole for C.C. Sabathia and Ivan Nova to fill at the 5th spot.Masahiro Tanaka is hoping to get back on stride to what he was at the beginning of his career. He finished with a 3.51 ERA last year, but that’s mainly due to playing with an arm injury all season. He is still a great player and if he can stay healthy he will be a fantastic ace in 2016. Next up, is Michael Pineda. Pineda finished with a 4.37 ERA last year and, like Tanaka, was battling injuries all year as he has been ever since he came to New York in 2012. Pineda is still great and can prove to be really reliable when healthy.At the third spot, is Nathan Eovaldi. Eovaldi finished with a record of 14-3 last year. He did however, have an ERA of 4.20. But if you watch him play, he has a lot of great stuff. His pitches have a lot of movement and, as a result, can lead to many outs. The Yankees really loved having him in, but an injury in September cut his season short. Despite his ERA, Eovaldi is a great part to this Yankee’s rotation. He will hope to continue the success he had last year.Next, we have the young Luis Severino. Severino finished at a 2.89 ERA in his rookie season with a 5-3 record. This kid throws really hard and can get outs when needed. At just 22-years-old he should be a valuable part to the rotation, not only this year, but for many years to come. Having a young guy like Severino is just what the Yankees need considering the veterans on staff. Severino is just one of the first of many young players the Yankees will bring up over the next couple of seasons.Now for the fifth spot in the rotation. We have C.C. Sabathia and Ivan Nova. The two veterans have hit a major skid in their careers. Neither has put up respectable numbers in years. 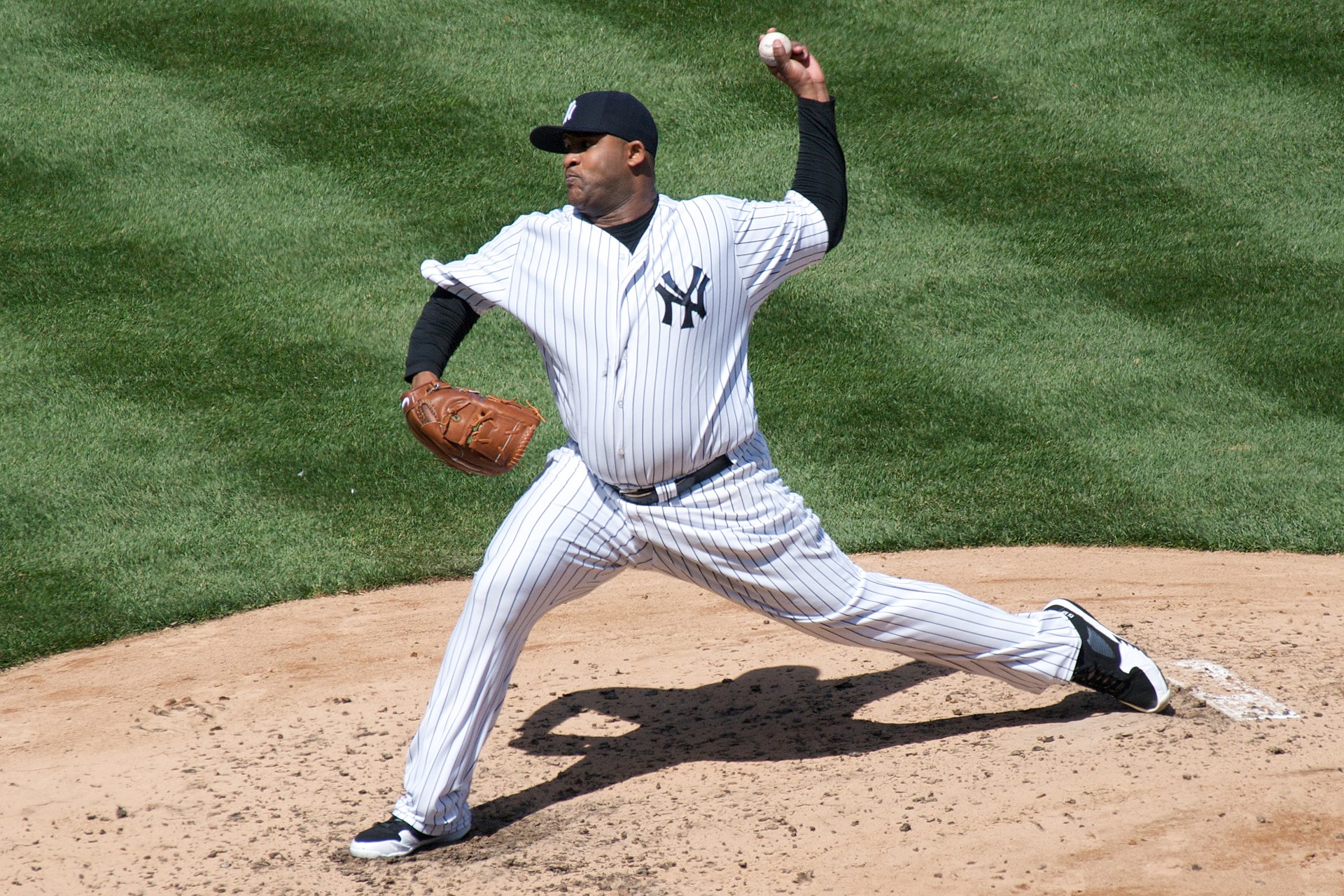 Sabathia, hasn’t had an ERA under 4.00 since 2012. He is on the last year of his contract and if he doesn’t do well, this could be the last you see of him in a Yankee uniform. Fortunately, he says is feeling good after going through rehab.As for Nova, he was solid in the beginning of his career, but injuries have been a struggle for him. The Yankees tried to trade him during the offseason, but they couldn’t find any offers. As a result, he is still on the team and hopes to revive his career to what it once was.The Yankees bullpen is arguably the best in baseball. Their setup-closer combo of Andrew Miller and Dellin Betances was absolutely scary. The team was 66-3 leading after six innings and 73-2 leading after seven. Now adding newly acquired Aroldis Chapman to that bullpen is just going to make it better. Chapman will miss the first month of the season due to a 30-game suspension, but once he gets back, hitters need to watch out. The addition of Chapman gives the Yankees a big three of sorts, and that’s something they should be really proud off. Just the fact that one of them will be pitching in just the seventh inning is insane.Also in the bullpen, there are guys like Chasen Shreve and Branden Pinder who are very solid themselves. The Yankees bullpen is a main reason to why they made it into the wildcard game last year, and it should be the same for this year.The New York Yankees are a team that can go either way this season. If the team can replicate their run production and stellar bullpen performance from last year, along with staying healthy, they can easily win the AL East and have a legitimate shot at bringing World Championship #28 to the Big Apple.The Yankees open the 2016 campaign at home against the Houston Astros at 1:00 pm on Monday.– By David Bieber, FingerLakes1.com Sports