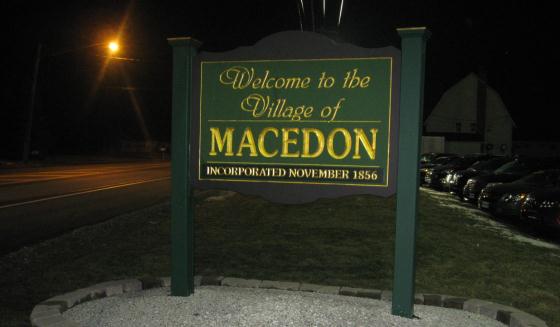 In just a few weeks voters in the Village of Macedon will be faced with two giant decisions:First, they will have to decide on a new mayor. Incumbent Mayor Marie Cramer is being challenged by Bill Murray, which has turned into one of the most-heated races in local memory. Second, voters will have to decide whether to keep the village. Dissolution has been on the table for years now, repeatedly going to vote, being struck down, brought back to life, and recently being passed. The vote, which will take place in March, was brought on in large part due to Mayor Cramer’s efforts to allow for the people to have one more voice in something that she feels is important to every resident.The only problem is that voters aren’t certain where next month’s election will take place. A prolonged political battle has made the location of the March 15th election a mystery to many voters. The Wayne County Board of Elections has stated that due to intimidation from former fire department members in Macedon in 2010 and 2012, in addition to the polling place not being ADA compliant the location cannot be the former Macedon Fire Hall. Cramer says that becoming ADA compliant is entirely possible and comes down to simply filing the form, which would take five minutes or less to fill out.According to the official documentation released by the Board of Elections, the location of the election will be at the Macedon Town Complex, in the Community Room.

Cramer said to FingerLakes1.com that, “I invited the Board of Elections to do the access survey and assured them there will be no intimidation since the Village no longer has fire fighters and the Board of Elections can have someone on site to make sure there are no issues. The board of elections has denied to have anyone present and also has denied the Village an access survey.” She went on to point out that an attorney was necessary to investigate this matter after the Board of Elections made their decision, “which was another cost to taxpayers” that she said should have been completely unnecessary. Her challenger, Bill Murray, who is not only running for mayor but also advocating heavily in favor of dissolution criticized the need for an attorney to challenge the Wayne County Board of Elections. Historically, elections have been held at the Macedon Fire Hall, which is creating serious confusion for those living in Macedon.What will voters in Macedon do on March 15th if the location change is held up?One distinct possibility is that it will seriously and negatively impact voter turnout, which is what Cramer believes will happen. She also believes that this is something that will benefit those who support dissolution. At the end of the day, Cramer believes she is doing the right thing in fighting for the location to remain as it has in the past. Dissolution in Macedon has come under fire from opponents, who argue that dissolving is being pushed in a place where it isn’t desired. Furthermore, there is legitimate concern about the plan that is being voted on. While dissolution is always a complicated and polarizing subject, the way the law is written in New York State, even after voters decide on a plan – like those in Macedon have been told – there isn’t anything that requires the municipality to follow through with it.This is something that officials who have gone through the dissolution plan in places like Seneca Falls, Lyons, and now Macedon have all argued in chorus. Dissolution is oftentimes a very good solution, but if the dissolving entity isn’t held to a plan that they promise voters – then they are not following the wishes of the voters when they ask them to vote on a dissolution plan. If they aren’t voting on a plan, and they are just voting on whether dissolution should happen – many officials still believe that the dissolving entity should be held to a standard, or at the very least, held to the plan that they promise voters when they turn out to make their voice heard.FingerLakes1.com reached out to the Wayne County Board of Elections for comment and will bring those comments when they are available. Cramer said that the location is still very-much being debated. At this point, it could be changed again, but that would undoubtedly only add another layer of confusion to this complex puzzle.Stay tuned to FingerLakes1.com for continued coverage of this story and much more.