Skip to content
»
Home > Uncategorized > How a 6.4% cut in NYS payroll could affect your tax bill

The Empire Center released data that showed just how expensive the payroll in New York State has become. The data revealed that payroll for state employees in 2015 was up 1.8% from the previous year.Even more concerning: It cost New York $15.51 billion to pay for it’s staff. The data from 2015 also revealed that 1,797 state employees made more than Gov. Andrew Cuomo himself. As a point of reference, Gov. Cuomo has a salary of $179,000 per year. The data also revealed that the 50 highest paid workers in New York State were SUNY and CUNY employees. The number of people employed by the state did see a decrease, though, according to the data. New York State employed 1,715 fewer employees in 2015 than they did in 2014.The overall cost and burden that these employees have on taxpayers in New York State has been debated for years. However, a mild reduction in staff could see significant improvements for individual counties.The question being: How much would New Yorkers save, if some minor cuts to the payroll budget were made?If the payroll budget was reduced by $1 billion, it would equal an estimated 6.4% reduction on the overall payroll. That would translate to a reduction of employees by roughly 14,548 individuals. The savings would equal to roughly $15,873,016 per county, which could help with economic development, infrastructure repairs, and of course, reducing the overall tax burden on those living in New York.This is a simplistic way to evaluate the very real problem of overspending in New York State. That spending, if cut back by even just $1 billion, would equal out to $453 per person in place like Seneca County, where the population is about 35,000.The overall New York State budget is more than $154 billion and while Gov. Cuomo has received a lot of applause for balancing budgets, they remain among the most costly in the entire United States. 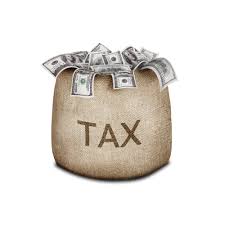 New York State has the 8th highest income tax rate in the U.S. and in the latest data collected by the Tax Foundation, “New York’s state and local income tax collections per person were $2,431.” New York ranked the highest nationally in taxes collected per person in that same study.It wasn’t just income taxes that the Tax Foundation found to have New Yorker’s ranking near the top of the tax race. In fact, the average property owner in New York paid $2,435 per year in the most-recent data collected by the Tax Foundation, which ranked the state as the 4th highest in the U.S.New York also recently received the honor of being the 49th worst state for businesses as it pertained to business tax climate. The Tax Foundation evaluated the State Business Tax Climate, as they do each year, and found that for 2016 New York ranked 49th in that index. The only state that did worse was New Jersey.In all, the Tax Foundation also found that New Yorker’s pay a total of $5,587.84 per year on average to the state for all of their taxes. New York ranks 50th by this measure, too. However, what highlights the struggle for those paying taxes in New York is the fact that if a $1 billion reduction was made in the payroll department, it would still just knock that overall average down to slightly more than $5,000 per person. That would only move New York up one position in the ranks of most-taxed in the U.S.– Report by Josh Durso, FingerLakes1.com