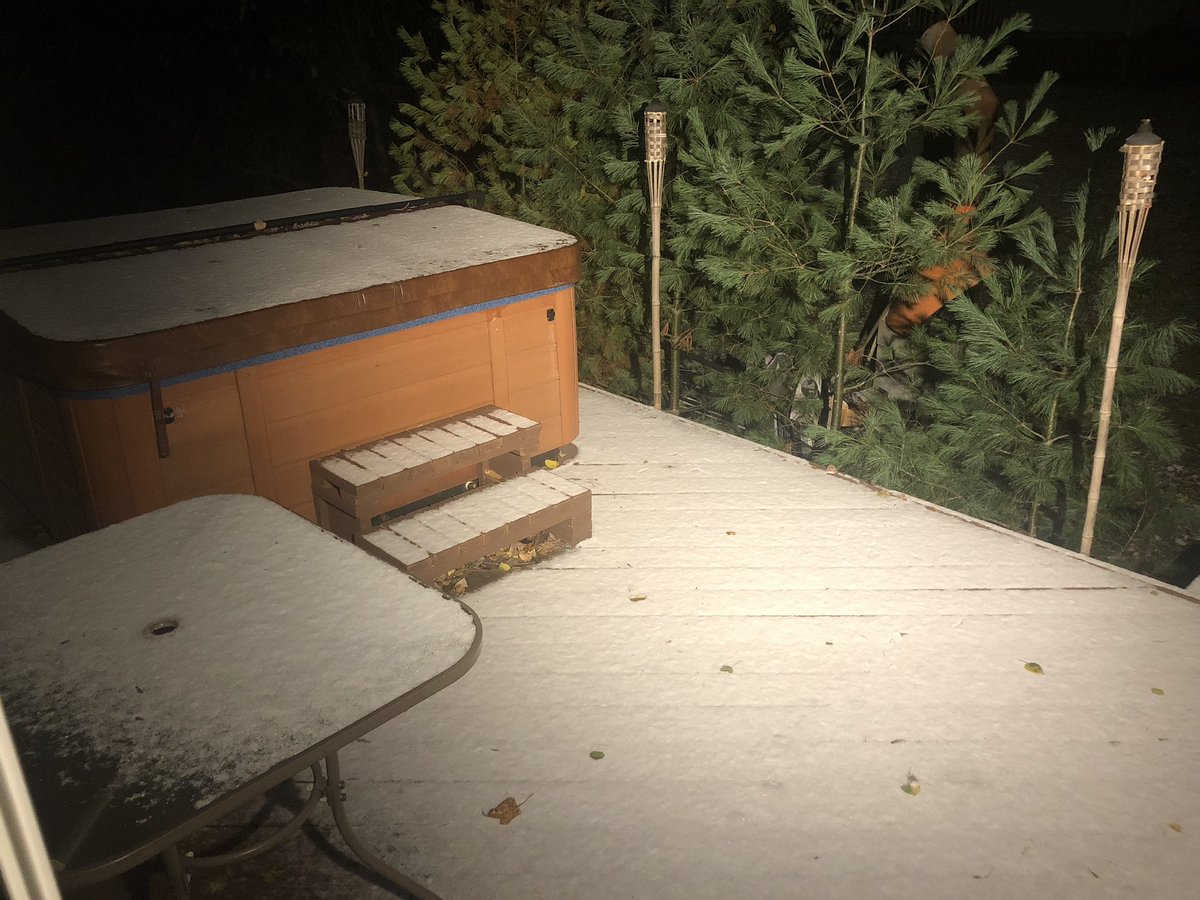 The first flakes have officially flown for some parts of the Finger Lakes.

But don’t worry, it wasn’t enough to impact travel.

The light dusting in some places – primarily on grassy surfaces – was just enough to remind local residents that the 80+ degree weather we experienced a week, or so, ago was an anomaly.

There will be a quick break from the cold weather on Friday – as temperatures push toward 60 degrees. However, that break will be short-lived as things get cold again this weekend; bringing with it another shot for snow showers.

The latest forecast information from the FingerLakes1.com Weather Center.

Here is State Route 14A between Penn Yan & Dundee in the western Finger Lakes. This is representative of higher elevations from Route 20 south over the central & southern tier of NY state and CNY. Let's also be aware of wetness on roads to become slick & icy if not treated! #NYwx pic.twitter.com/6u8zKjdu73

Leftover lake effect rain/snow showers early this morning will end by mid day then sunshine! Temperatures remaining below normal today but there will be less wind.
A nice but brief warm up Friday as temperature go well into the 50s to lower 60s. #nywx pic.twitter.com/V87H4PbSJc

A little slushy snow on the car this morning. pic.twitter.com/tdiKYl2etg

Here's a sneak peak at the upcoming weather for CNY/NEPA. pic.twitter.com/EqYRimP6p8

34° this morning in Rochester. That's the lowest temperature we have seen so far this season. Here's a look at some other lows across our region. pic.twitter.com/OWThD8DSvS

C'mon people it's October in #WNY, we had amazing summer that started in May and went through early this month! A few snow flakes, which is fairly typical this time of year, won't hurt you. Anyways milder pattern looks to return in November #ElNino #EmbracetheWeatherDontComplain pic.twitter.com/HhLk132Tc0

The calendar says it's fall but it looks like winter! This is what a viewer saw outside of his house this morning! Stay warm everyone pic.twitter.com/5CQwZi6DFt

Kay Kehoe sent us this picture of snow on the pumpkins! She didn't tell us where she took this picture from, but my guess is somewhere over the central and southern tier higher elevations! ❄️🎃#NYwx pic.twitter.com/jdSLpDqAuY