Despite the usual adversity around him, Jacob deGrom remained his typical excellent self on Monday night at Dodger Stadium, delivering six more innings of one-run ball to keep his Major League-leading ERA steady at 1.68.

The outing was deGrom’s 25th in a row of three or fewer runs, passing Dwight Gooden (1985) to set a Major League record. 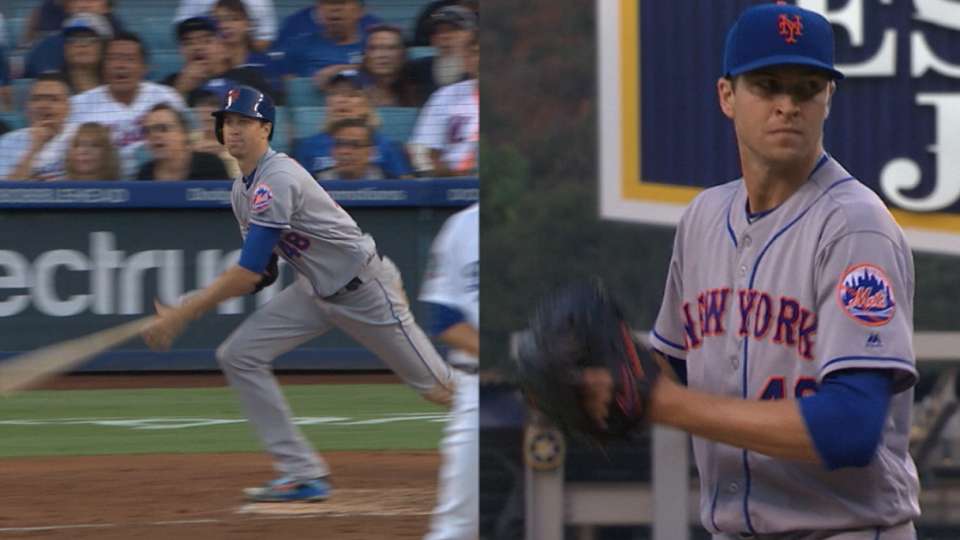 deGrom faced some early trouble when former teammate Justin Turner homered off him with one out in the first, but he rebounded to retire eight of the next nine batters he faced. Despite two errors behind him, deGrom allowed just one additional runner past first.