With a book-full of passing accomplishments already authored, Syracuse quarterback Eric Dungey opted to hang on to the ball a bit longer against Western Michigan. The result was a record rushing total by a Syracuse quarterback, and a 55-42 Orange triumph. 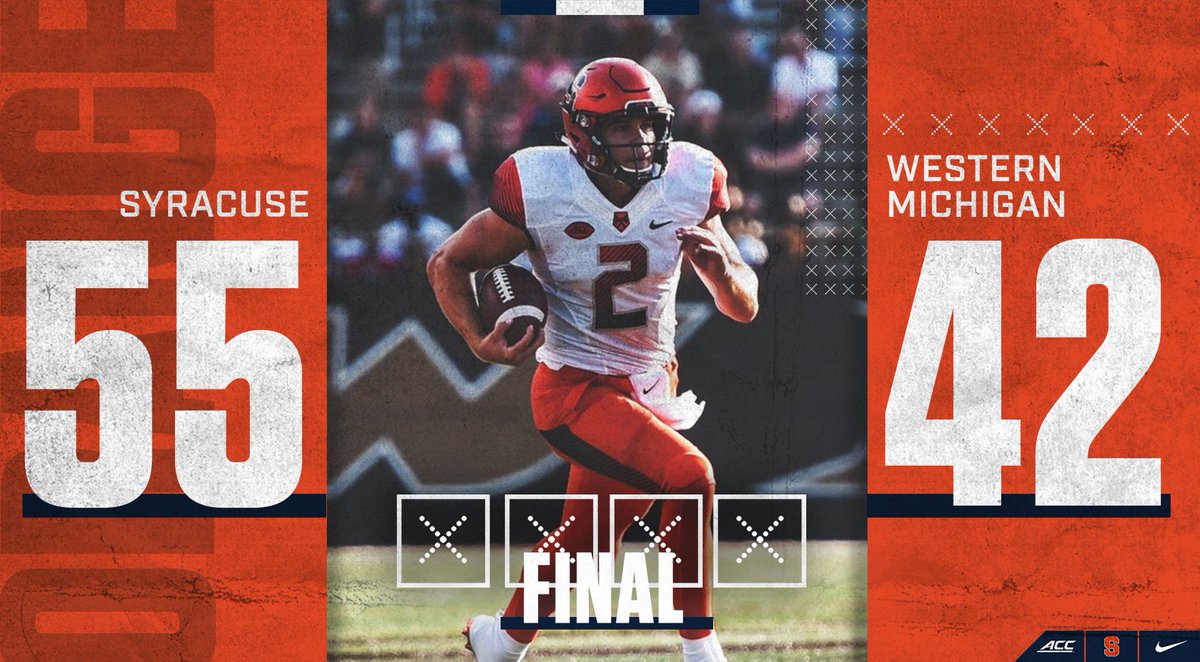 Syracuse lit up the board early and often in the season-opener. The initial score was vintage Dungey, a 27-yard scoring strike to Jamal Custis that capped Syracuse’s first possession.

The 2018 college football season is finally here. The Orange (0-0) open their 129th campaign Friday, Aug. 31 at Waldo Stadium against the Western Michigan Broncos (0-0). The game marks the first meeting between the two teams. Kickoff set for 6 p.m. and the game will be televised nationally on CBS Sports Network. 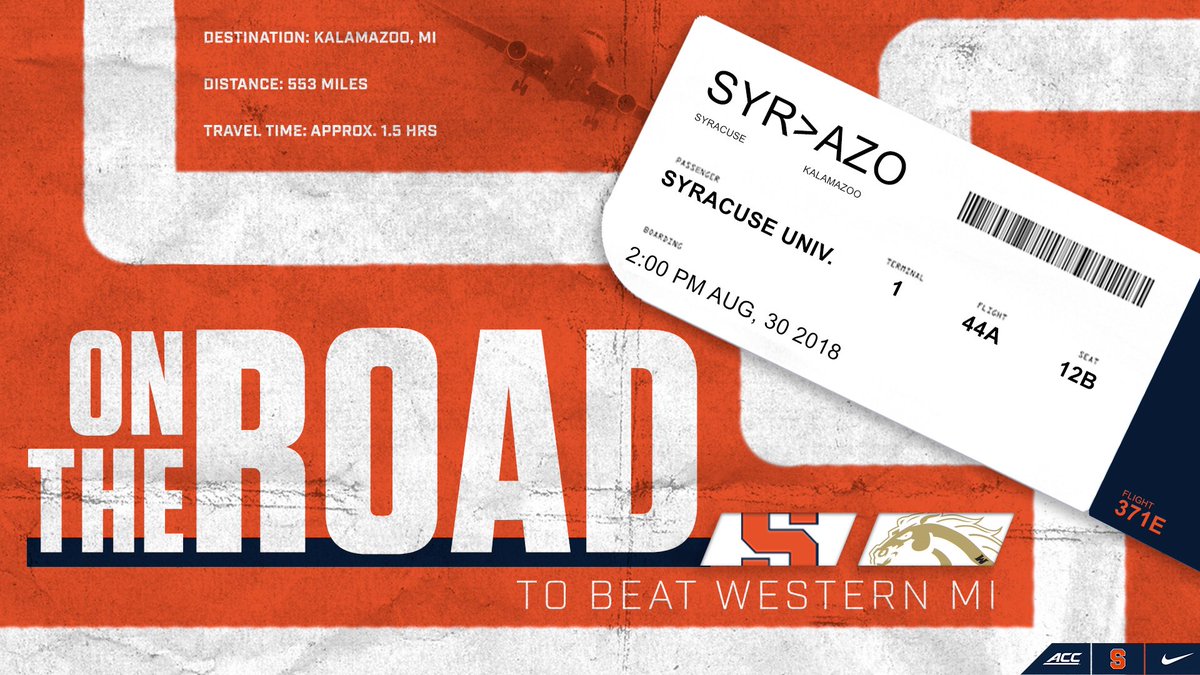 Friday’s matchup is the first of a home-and-home series between Syracuse and Western Michigan announced in June 2017. The Broncos return the game on Sept. 21, 2019.

Syracuse holds an 82-42-4 record in season-opening contests. The team has won each of its past four season openers, defeating Central Connecticut State to start the 2017 season, Colgate to open the 2016 campaign, Rhode Island to kick off 2015 and Villanova to start 2014. Read More