Lance Lynn has been viewed as a welcome addition to a pitching staff in need of reinforcements, but the veteran ran out of gas in a five-run sixth inning on Wednesday. Miguel Rojas’ three-run homer served as the big blow, helping the Marlins snap the Yankees’ four-game winning streak with a 9-3 victory at Marlins Park. 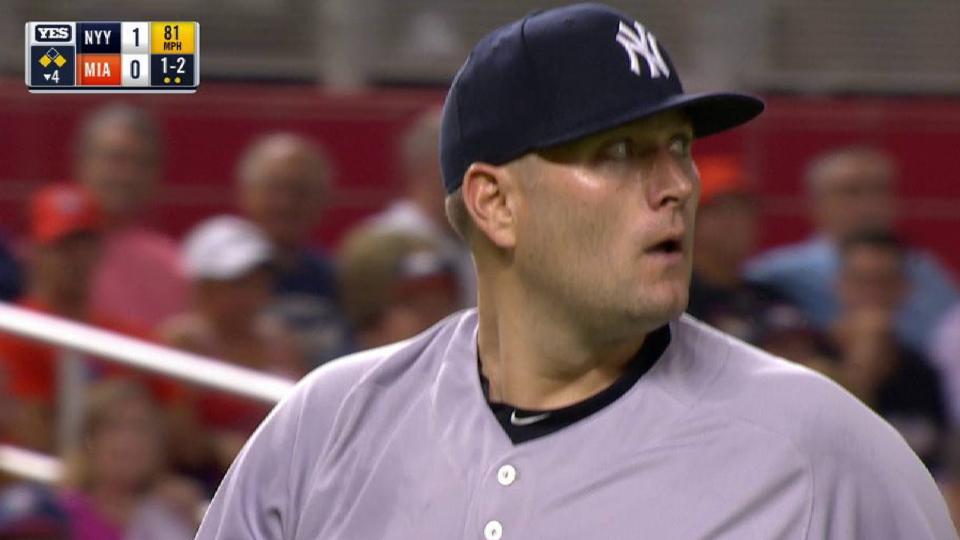 Stymied through five innings by the right-hander, Miami created traffic on the basepaths as three of the first four hitters reached in the sixth, producing a run on Austin Dean’s infield single. Yankees manager Aaron Boone opted to stick with Lynn, who watched Rojas hammer his 104th pitch of the evening into the left-field bullpen for the infielder’s 10th homer of the season.