After getting off to a much quieter start to the second half of the season than it did in the first, the Yankees offense was unleashed Thursday night, putting its power back on full display in the Bronx.

Giancarlo Stanton set a Statcast™ mark with his 28th home run, and Neil Walker homered from both sides of the plate for the first time in his career as the Yankees hit five homers for a 7-3 victory over the Rangers in the series opener at Yankee Stadium, extending their win streak to four games. 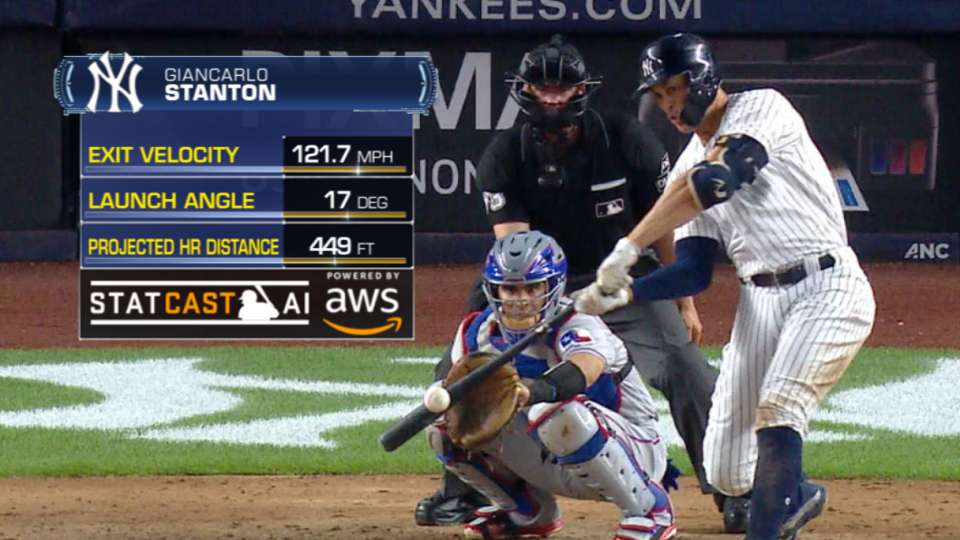