All pets were safe and accounted for after firefighters extinguished a fire at Veterinary Care of Ithaca on West Court Street on Thursday afternoon.

The Ithaca Fire Department responded to the scene around 1 p.m. after a report that smoke and flames were coming from the building.

Officials say the fire was in the attic area above the ceiling.

All of the employees and pets were able to escape the building, which sustained some damage to the roof and ceiling.

Fire crews remained on the scene for about an hour. 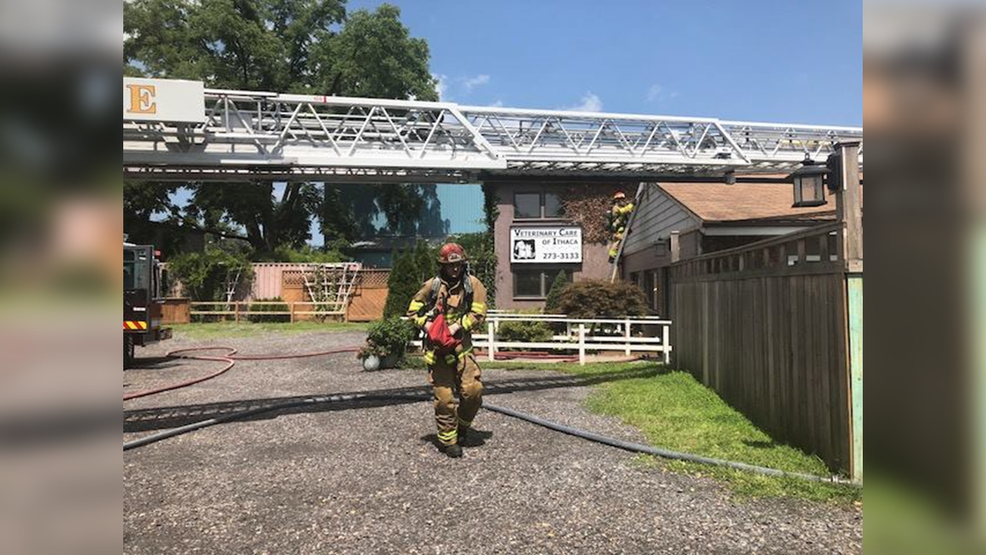