It had been a while since Sonny Gray walked off the field to cheers in the Bronx, but on Saturday afternoon the 47,102 fans in attendance handed the Yankees’ starter a loud ovation as he made his way from the rubber to the dugout after striking out Asdrubal Cabrera with two runners on to end the fifth inning.

The right-hander came out to face three more batters in the sixth before ending his afternoon after 5 1/3 solid frames, permitting three runs (two earned) on three hits in the Yankees’ 7-6 victory over the Mets at Yankee Stadium. 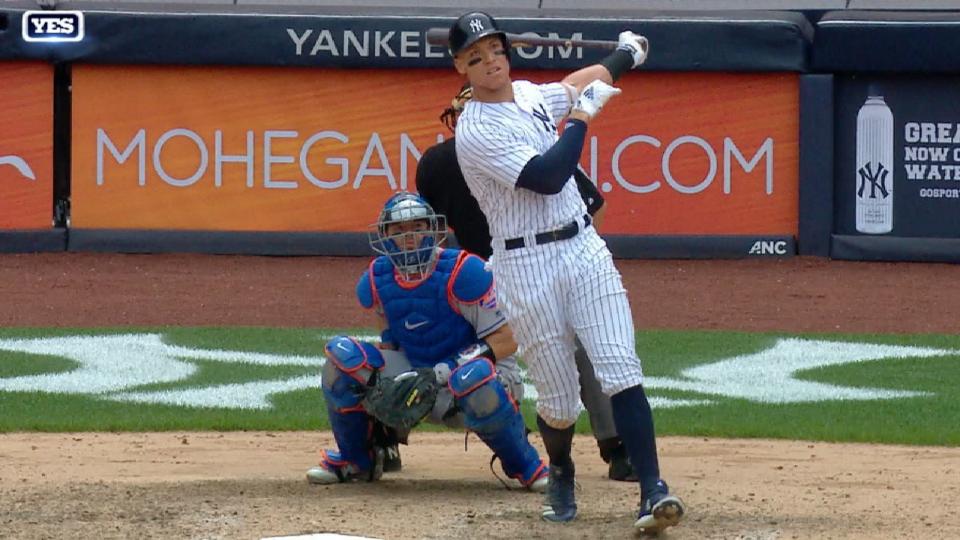 “I didn’t think [Gray] was necessarily great today, but that’s the encouraging outing you want to see,” Yankees manager Aaron Boone said. “When Sonny’s not as his best, necessarily, he should be able to go out and pitch like he did today into the sixth inning. He’s probably a pitch or two away from getting through six innings kind of unscathed. … By and large I thought it was a solid outing for him. What I liked was it wasn’t a perfect outing and he was still really competitive.”