The Yankees’ dominant bullpen has been responsible to a large degree for their first-half success, but as they prepared to scatter for the All-Star break, a lapse by the relief crew let them down. Michael Brantley launched a tiebreaking homer off Chad Green in a noisy eighth inning, sending the Yanks to a 5-2 loss to the Indians on Sunday at Progressive Field. 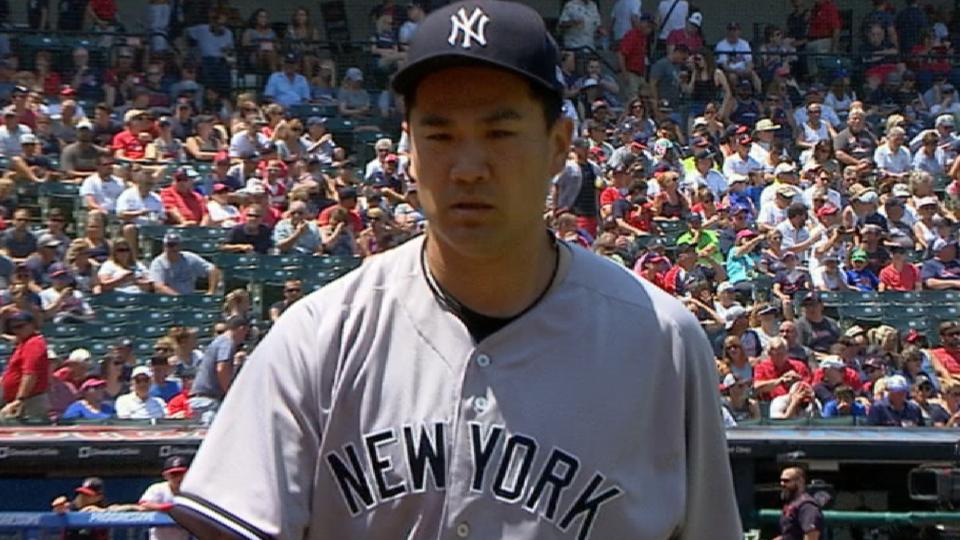 New York’s bullpen combined to fire 14 1/3 scoreless innings over its previous four contests entering Sunday’s affair, and Green extended the string as he helped Masahiro Tanaka out of a jam in the seventh. That success ended in the eighth, as Green left a fastball up that Brantley slugged over the right-field wall for his 12th homer of the season.