“Although the final results of the primary election will not be certified until Thursday, I believe it is important to begin the work of uniting as a party to defeat Tom Reed. I want to thank everyone who supported me through this year-long, primary process. First and foremost, I want to thank my wife, Nancy, my children, and my grandchildren. Each of them sacrificed something to get me this far. I missed the birth of our third grandchild, Olivia Rose; our 34th wedding anniversary; and time together. As a family, we decided it was worth it to try to make our country better and to serve, one more time. My life has always been about service and I do not regret my choice to run, not for a moment. It was a sacrifice, but it was well worth it,” Della Pia said.

Della Pia continued, thanking his supporters, “To my volunteers and staff, thank you for your hard-work, your support and encouragement. You have all been amazing, sharing your gifts, your time, and your passion to make things better for our country and our district. Thank you. I am blessed to have you as friends for life. Each and everyone of you is a gift. Your engagement gives me hope for the future of our country, a country we all love. Always remember that you can make a difference. Don’t ever give up,” Della Pia said. 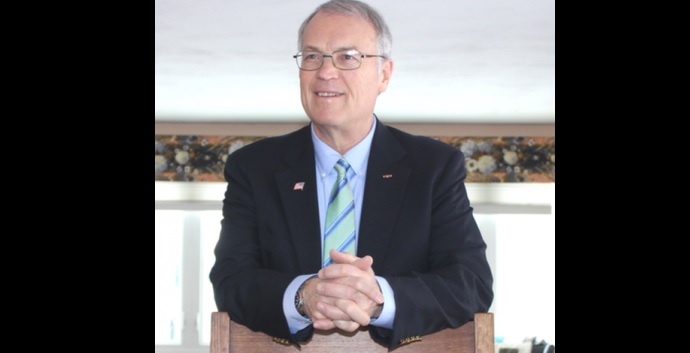 Della Pia also thanked his fellow primary candidates, encouraging them to work together to elect a Democrat in the general election, “To my fellow primary candidates, I want to thank you all for your friendship, your commitment, and drive. We must all, as a team— work together—unified—to make sure a Democrat wins this district, in November. You, your families, and your volunteers, all sacrificed so much to help you. For all that sacrifice, I thank you,” Della Pia said.

Della Pia urged Democrats in NY-23 to dedicate themselves to uniting towards the general election, “Here’s the bottom line, folks—unless we all commit ourselves to work together and put all our shoulders to the wheel to win, all of our efforts up until now will be for naught. We are all better candidates because of each other. Each one of us. Now, working together, we can make a stronger, better party that can and must win in November. I have said, again and again, how very honored I am that the people of the 23rd District trusted me with their personal, and sometimes heartbreaking, stories. I have said I would work to help their stories have a happy ending. Let’s work together to make sure that still happens. The people of the 23rd District are counting on us. We can’t let them down. United, we can offer a future they deserve. Thank you all again, and onward to November!”

Mitrano released the following statement, publishing a message to supporters on Facebook:

I thanked Max for stepping up to run and mobilizing a strong base of supporters.

I would also like to thank all of the candidates for their courage in taking that extra step and running for office. They saw the challenges facing our District, and devoted their money, hearts, and lives to help the country we all love. Thank you to:

* Karl Warrington, who campaigned with real heart;
* Charles Whalen, who brought keen analysis;
* Rick Gallant, who spoke so powerfully for teachers and unions;
* Eddie Sundquist, who so effectively reminded us how this district has been failed by poor congressional leadership;
* Linda Andrei, who shined a light on the importance of meaningful healthcare reform; and
* Ian Golden, who galvanized the people who have felt disenfranchised from politics.

I also want to thank everyone who voted in the NY-23 Democratic Primary. You are the backbone, the driving force, the spirit behind our growing movement to put people first. I decided to run for office because of you. I share this victory with each and every one of you.

This crowded primary election was tough. But it also has been a shining example of the energy and renewed civic duty that has broken out across America this year.

Now is the time to heal this district. What we have in common is far greater than that which divides us. Let’s re-establish accountability and common sense in our politics. Let us join together, farmers and small business people, urban and rural, young and elderly, minority and majority populations, immigrants and native-born. Let’s work toward health care, education, labor, and immigration reform; robust infrastructure of roads, transportation, and internet; let’s build the foundation that will attract new investment and bring 21st century jobs to this district.

But for tonight, let us celebrate! Let’s celebrate the hope we feel among all people of this district, friends, neighbors and family, a community spirit towards Republicans and Independents and Democrats alike.