Del Lago Resort & Casino will welcome a new general manager on July 9. For 30-year industry veteran Mark Juliano, assuming a leadership position with a major resort and casino is not a foreign concept. He has spent the greater part of his career working in a management capacity at multiple internationally renowned resorts and casinos, including Caesars Palace in Las Vegas, Trump Entertainment Resorts in Atlantic City and Marina Bay Sands in Singapore. 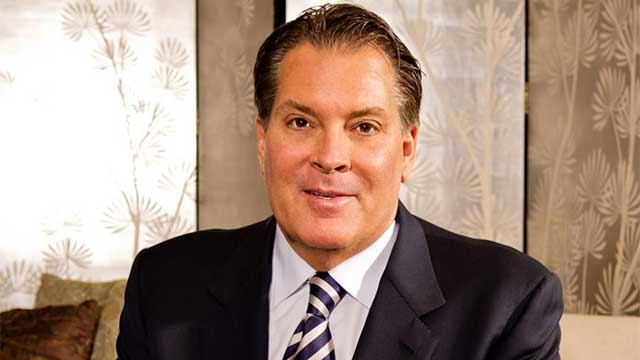 “We are delighted to have a proven industry leader with a track record of enormous success join our team,” said Aaron Gomes, chief operating officer at del Lago Resort & Casino. “Mark is the perfect fit for del Lago and we look forward to having him at the helm of our world class property. Mark’s pedigree in the resort and casino industry, coupled with his role in economic development initiatives in and around New Jersey, brings the ideal mix of casino and resort operation and community experience. He’s perfectly positioned to support not only the continued growth of our property, but our region, as well.”

Juliano served as the Chief Gaming Officer of Marina Bay Sands, one of the world’s most profitable casinos, for several years prior to returning to Bethlehem, Pennsylvania, with parent company Las Vegas Sands Corporation. At that time, he became president of the Sands Casino Resort in Bethlehem. Under his leadership, Sands grew to be the most profitable casino in Pennsylvania, continually gaining market share due to the parent company’s investments in entertainment and ongoing facility renovations.

Throughout his three-decade career, Juliano has played significant roles in major casino construction and renovation projects, including the Mirage/MGM Atlantic City project, working closely with senior staff on the design and construction of the resort and casino in Atlantic City, New Jersey, from 1999 to 2001, and the Atlantic City First Project, a program to hire 2,000 unemployed/underemployed Atlantic City residents. He also appointed a nine-member Advisory Council inclusive of all aspects of demographics across the minority community in Atlantic City and was responsible for coordinating several federal and state-funded Welfare to Work projects.

“I’m excited about the opportunity to join the talented del Lago team and become an active member in the community,” Juliano said. “Del Lago is an incredible property nestled in a vibrant region, and I look forward to contributing to its growth and the growth of the community.”

As general manager of del Lago, Juliano will ensure the efficient operation of the casino and resort. He will oversee all staffing operations and strategically manage the growth of the business. The addition of Juliano as GM is pending regulatory approval.

Juliano received a Bachelor of Arts in history from La Salle University in Philadelphia. He was an active member in civic and community organizations in New Jersey, including serving on the advisory council of Sydney Kimmel Cancer Center/Thomas Jefferson University, Casino Association of New Jersey and chairman of Atlantic City Conventions & Visitors Authority.