The most potent lineup in the big leagues continued to slug at a historic pace on Monday, with the Yankees cracking another five homers — paced by the first multihomer game of Gleyber Torres’ brief career — in a 10-5 slugfest victory over the Rangers at Globe Life Park.

Torres went deep in the second and sixth innings, Neil Walker hit his first homer of the season and Aaron Judge snapped an 0-for-17 skid with his 12th long ball as the Yankees tallied at least four homers for the third consecutive game, marking the first time in franchise history that the feat has been accomplished. Aaron Hicks added a two-run shot in the ninth. 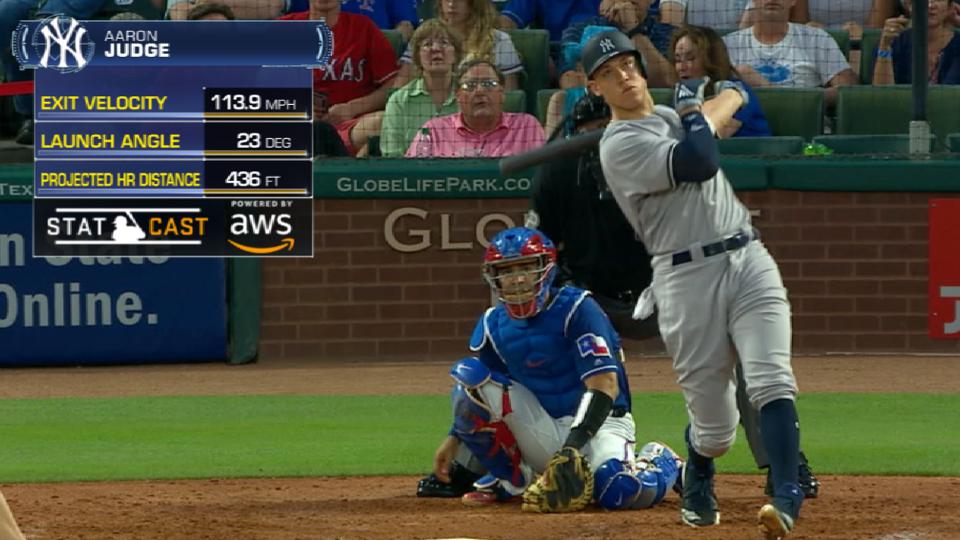