On Saturday morning at approximately 6:15 am the Geneva Police Department responded to the Fastrac gas station on Hamilton Street in Geneva on a report of a robbery where items and an undisclosed amount of money were taken. The suspects fled the scene in a stolen car that was taken from a nearby location. Upon investigation, the two subjects were located in an apartment on Main Street and were taken into custody. 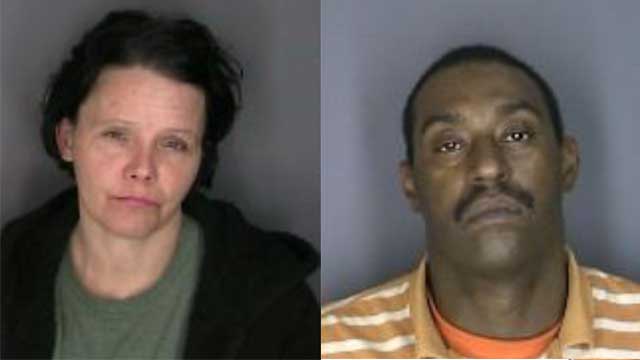 43-year-old Paul R. Gilliam of 1226 Mertensia Road in Farmington, New York. Gilliam was charged with 2nd degree robbery, a NYS Class C Felony and is being held on no bail due to prior convictions.

Rochester Police Department also responded to the City of Geneva to interview Bronson regarding a bank robbery that occurred in the City of Rochester.

Both were taken to the Ontario County Jail for pre-arraignment detention and arraigned.

The Geneva Police were assisted by the Ontario County Sheriff’s Office.