The roars flowed in cascading waves toward the visiting dugout, making Angel Stadium sound like a West Coast version of The Bronx, and Didi Gregorius was unsure how — or whether — he should respond. Aaron Judge pushed his teammate to the top step, where a curtain call was accepted some 3,000 miles from the Yankees’ home.

“It was a little weird for me, but there’s a lot of [Yankees] fans here,” Gregorius said, having delivered the deciding homer in the Yankees’ wild 4-3, 10-inning victory over the Angels on Friday evening. “I didn’t expect that, to be honest. Judge said, ‘Give the fans what they want.'” 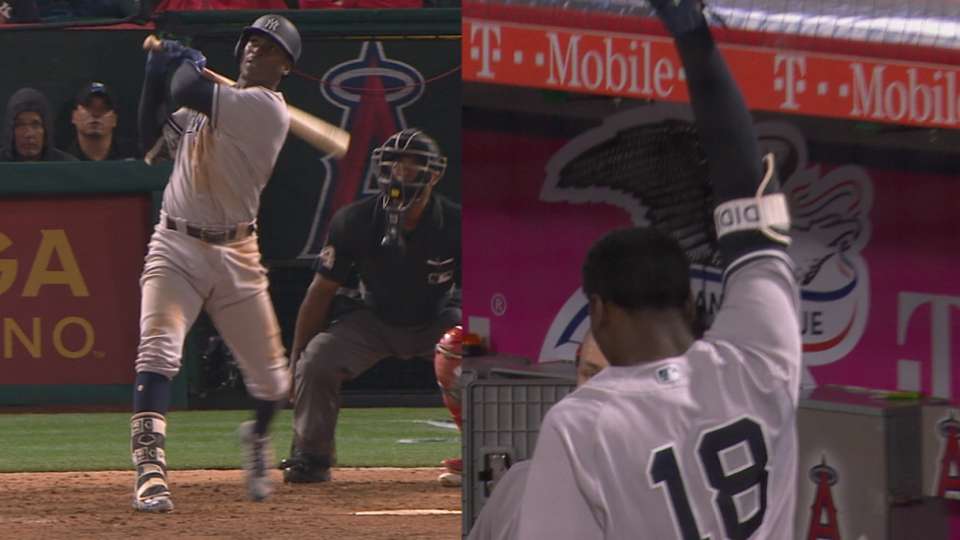