CC Sabathia showcased his pinpoint command over six excellent innings and the Yankees belted another four home runs as their bats continue to warm up, enjoying an 8-3 romp over the Twins on Tuesday evening at Yankee Stadium.

Gary Sanchez homered twice, Didi Gregorius extended his team lead with a two-run shot and Aaron Judge slugged a solo drive in support of Sabathia, who limited Minnesota to an unearned run and two hits as he improved to 20-9 lifetime against the Twins.

The Yankees logged their seventh win in nine games behind the 37-year-old left-hander, who picked up his first victory of the year. Sabathia was touched only by Eduardo Escobar’s first-inning double, with Miguel Sano chugging home as Judge had difficulty scooping up the ball in the right-field corner.

From there, Sabathia stifled the Twins, firing an economical 82 pitches before the Yankees handed the game off to the bullpen. Sabathia walked one and struck out four, giving him 2,857 career strikeouts, passing Jim Bunning (2,855) for sole possession of 17th place all-time. 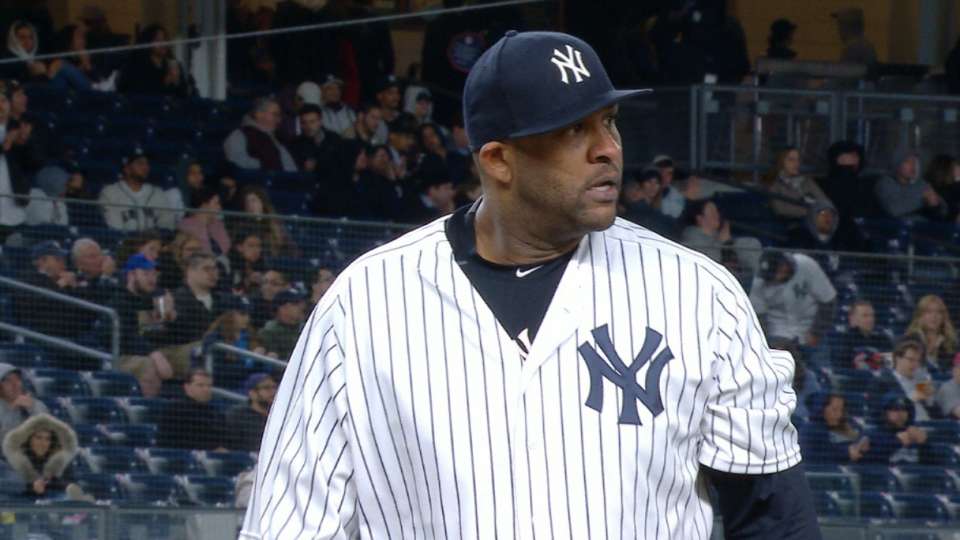