Aaron Judge connected for another historic homer and the bullpen fired 4 2/3 effective innings in support of CC Sabathia’s return from the disabled list, helping to lead the Yankees to a 4-3 victory over the Blue Jays on Thursday evening at Yankee Stadium.

Judge’s seventh-inning blast off Tyler Clippard provided some late fireworks and proved to be the difference, as the Yankees won for the third time in four games.

Judge’s fifth homer of the season was the 61st of his career in 199 games, making him the fastest to reach that milestone in terms of games played. The previous record was held by Mark McGwire, who hit 61 homers in 204 games for the 1987-88 Athletics. 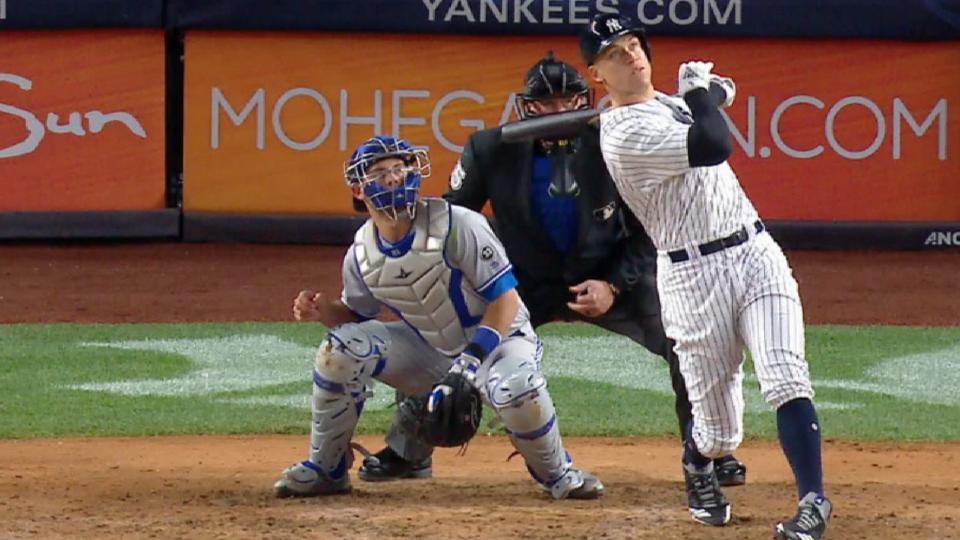