McDonough Park in Geneva recently played host to former Geneva Senators player Johnny Jones and his family. Jones was a catcher and played at McDonough Park in 1968. He was visiting from Tennessee and was here on vacation.

The Geneva Senators were a minor league baseball team that played in the New York-Penn League from 1963-1972. They were an affiliate team of the Washington Senators and in the final year the Texas Rangers. 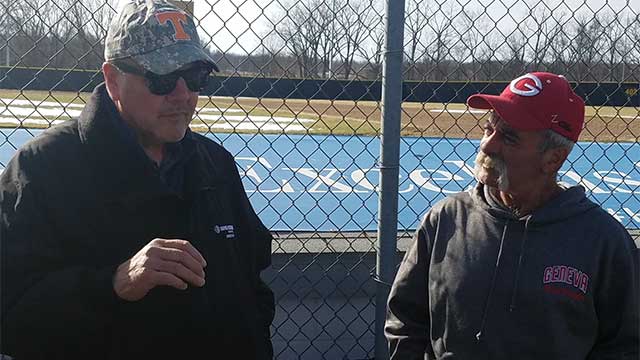 Jones’s son Jason stated “Baseball has been a big part of our lives and this trip has been worth the miles traveled. Geneva reminds me of our rural Tennessee country with its rolling hills and farmland.”