By the time manager Mickey Callaway decided to pinch-hit for his starting pitcher, Steven Matz, in the sixth inning of the Mets’ 3-2 win over the Nationals on Saturday at Nationals Park, he was forecasting potential matchups in the eighth and the ninth. Already, Callaway was considering using closer Jeurys Familia for more than three outs, knowing once the Mets navigated past Bryce Harper, the Nationals — sans injured tormentor Daniel Murphy — skewed heavily right-handed.

Quickly, the stage set itself; in another example of the Mets’ recent pluckiness, they rebounded from a one-run deficit in the sixth inning to gain a one-run advantage in the seventh. Callaway turned to AJ Ramos in that spot to retire pinch-hitter Adam Eaton and leadoff man Trea Turner, two of Washington’s premier havoc wreakers. Then he played the matchup game in the eighth, using Jacob Rhame and Jerry Blevins for one batter apiece, before turning finally to Familia for five outs. 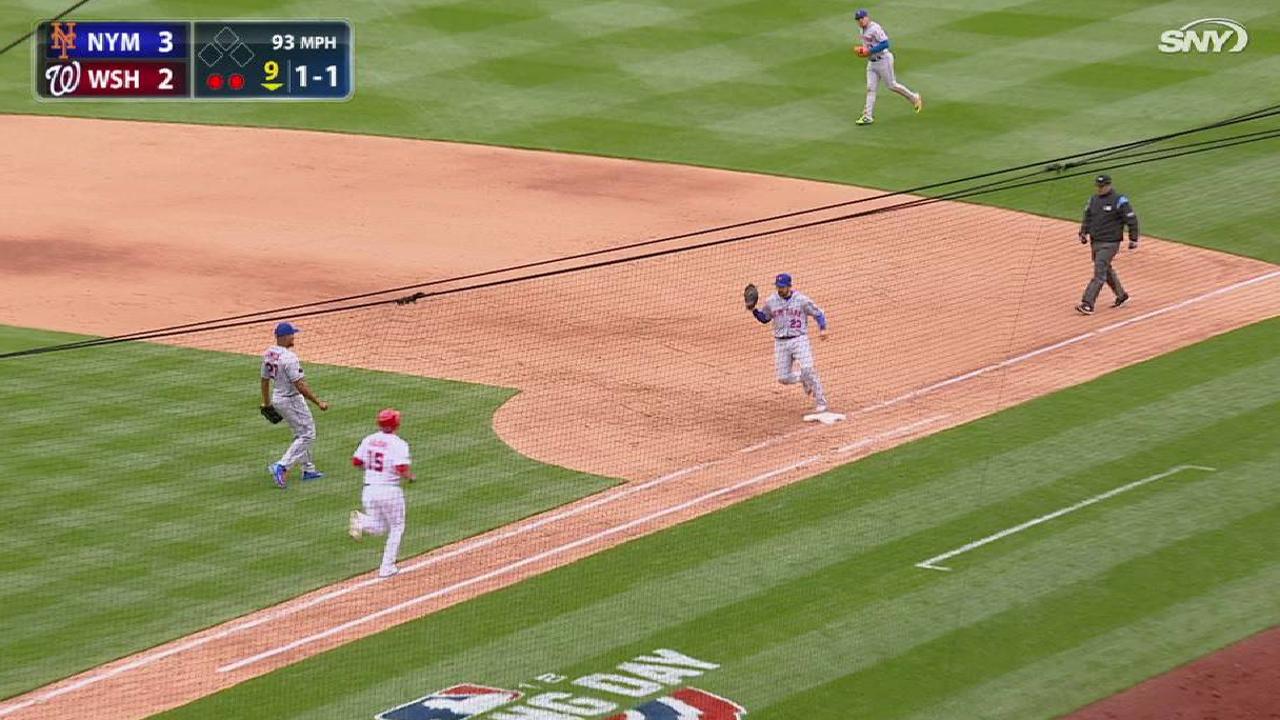