For the 30th time in 33 tries, the Kraus-Simmons trophy will spend the year in Syracuse.

Another stout defensive effort and a five-point day from Stephen Rehfuss powered the No. 8 Syracuse men’s lacrosse team (6-3, 3-0 ACC) past Hobart (4-6, 1-1 NEC), 11-4 on Tuesday night. The win marked the third-straight victory for Syracuse and it’s the 51st-straight time that the Orange earned a win in a game they held their opponent under 10 goals.

Syracuse & Hobart will play look to retain the Kraus-Simmons Trophy for the fifth-consecutive year. The game will be broadcast on ACC Network Extra, with Jake Marsh on play-by-play and Ryan Powell on color. Brian Higgins and Kyle Fetterly will carry the game on TK99/105 and JD Raucci, Jonathon Hoppe and Jack McMullen broadcasting the game for WAER.

This will be the 104th meeting between the two programs, with Syracuse controlling a 75-26-2 record all-time against Hobart. 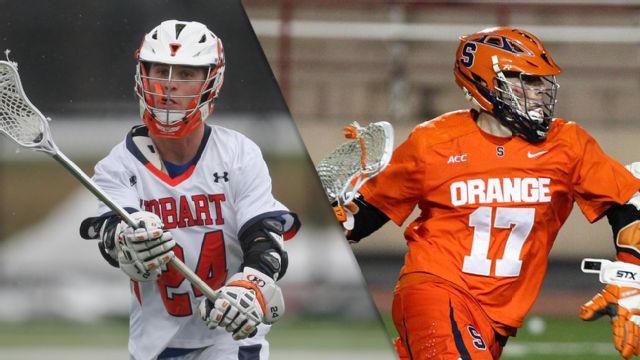