The Yankees’ pitching staff has frequently taken a backseat to the vaunted lineup, but through the team’s first 18 innings, its hurlers have contributed a pair of gems to blend with that offensive thump.

Masahiro Tanaka continued his career-long dominance of the Blue Jays by allowing one run over six strong innings, striking out eight and retiring the final 13 men he faced in the Yankees’ 4-1 victory on Friday evening at Rogers Centre. 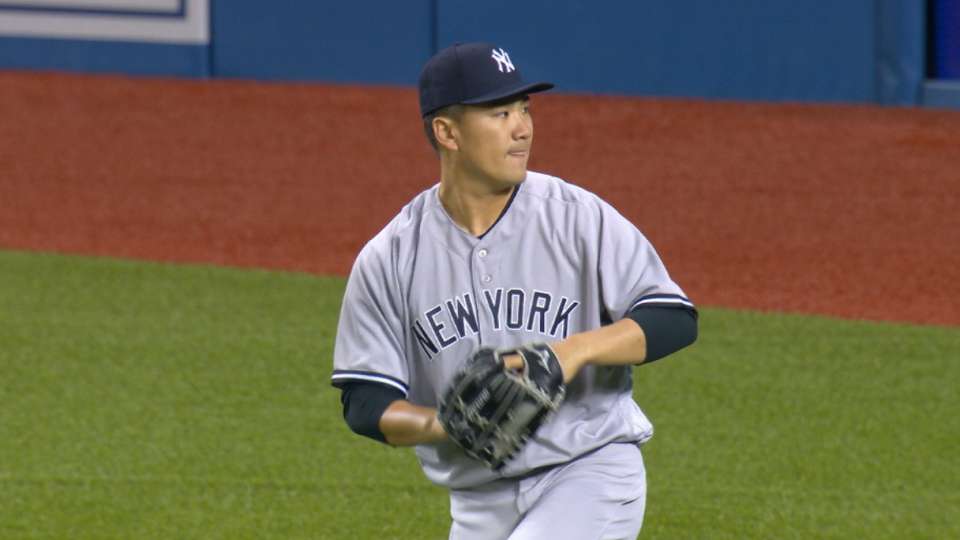