The Seneca Falls Town Board met for their regularly scheduled meeting on Tuesday, with the recent passage of the 2018 budget fresh on the minds of residents and board members alike.

Public comment was dominated by the issues that have made headlines over the last several months in Seneca Falls. The filing and impact of an Article 78 by Seneca Meadows, a near-tripling of the tax rate for Town residents, as well as questions about the ‘financial state’ of the community. 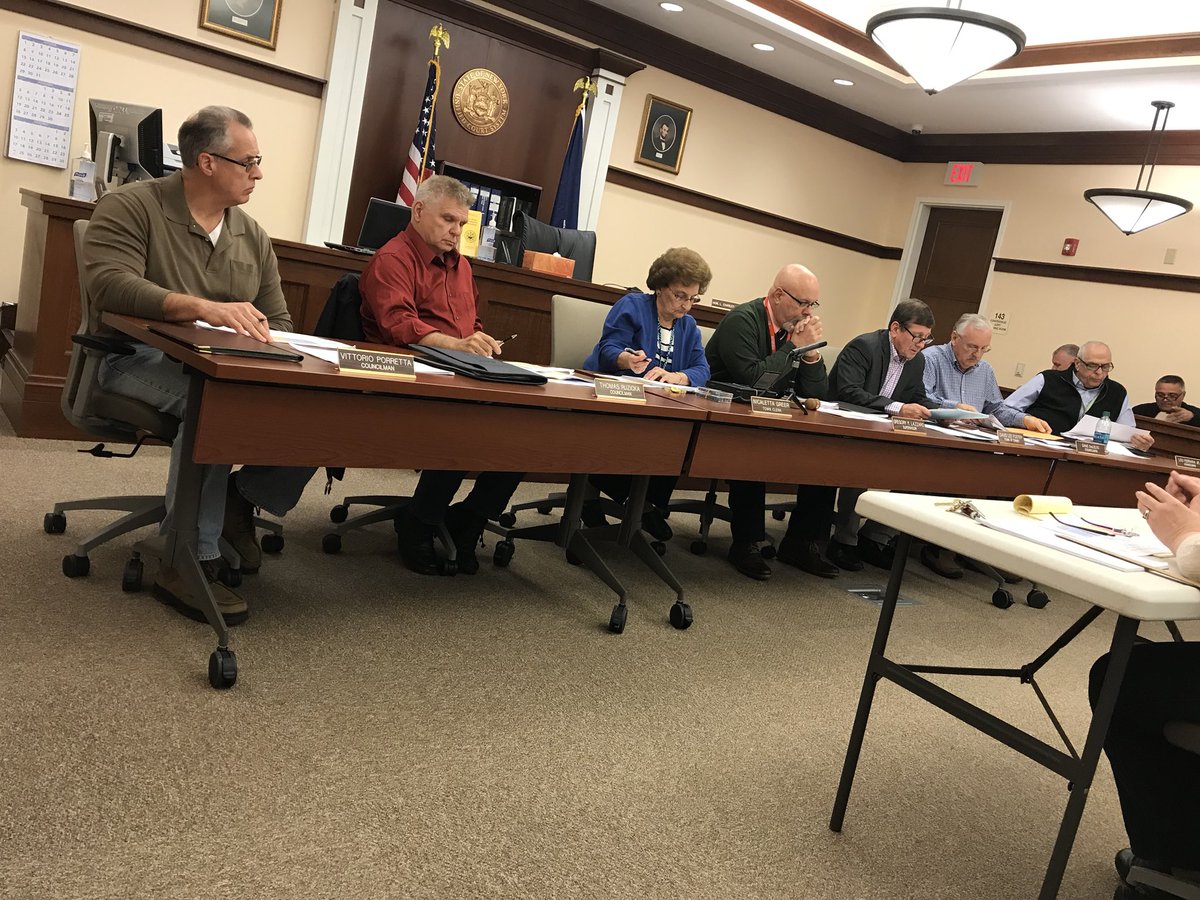 Ron Piscitelli, a longtime Seneca Falls resident echoed many of the concerns residents have been buzzing about since the the board adopted the budget. He didn’t take lightly the significant tax increase coming for residents, and was critical of the board’s unwillingness to look at where cuts could have been made. “This is the kind of cost that will be passed on from every landlord, every restaurant and every business owner,” Piscitelli continued.

“I’m on a fixed income. Before you raised taxes you should have cut from sewer, water, police — even your own salaries,” Piscitelli added. “My taxes will go up from $40 per week to more than $140,” he responded — drawing comparison to comments made by Councilman Dave DeLelys during budget negotiations.

Town Supervisor Greg Lazzaro agreed with the sentiments raised by Piscitelli, but said the board didn’t collectively do enough. “Mr. Ferrara was the only courageous person on the board to vote against the tax hike,” Lazzaro explained.

He said that no other members of the board, beyond he and Ferrara, suggested budget cuts. “You can’t keep taxes low if you’re going to grow programs. We’re going to have to make some hard choices and look at every department in the Town. We’ll be looking at cutting the fluff out of all of the departments.”

Councilman Vic Porretta rebuked that sentiment — pointing out the flaw in Supervisor Lazzaro’s budget. “Your budget came in at [more than] $6.00 and used 50 percent landfill revenue,” the councilor belted.

Supervisor Lazzaro’s initial response prompted a debate among the board. The only member to not speak to the about the budget was Councilman Lou Ferrara, who was the sole dissenting vote against the adopted budget.

“Get the budget right and get it fixed,” continued Piscitelli. The fix many were looking for was the continued use of landfill revenue, which Lazzaro addressed during the debate.

“Seneca Meadows hasn’t threatened us and hasn’t threatened to take away any of Seneca Falls’ payments,” he responded, which allowed petitioners afterward an opportunity to ask what changed since the night the budget was adopted.

Valerie Sandlas, who addressed the board after the initial discussion asked why landfill revenue wasn’t included if Seneca Meadows had not threatened to take it away. While no one on the board addressed it during the public comment session or subsequent debate, that advice was picked up from Seneca Falls Town Attorney David Foster, who said that he could not “in good faith” advise a board to utilize funds in the 2018 budget that could be tied up in pending litigation.

At the time, the board adopted the budget under the premise that host benefit payments from Seneca Meadows could be stopped until the Article 78 is resolved. Seneca Meadows has made no public indication that they have any plans to do so, either.

Sandlas asked, “Why put the burden of this hardship on residents?” Her question, if landfill revenue in fact continues, raised a compelling point. It was a question that would go without an answer.

Seneca Falls’ next court date for the Article 78 proceeding is set for January 23rd at 10 am.