Residents couldn’t voice their opposition to the multi-million dollar waste-to-energy proposal before the Romulus Town Planning Board on Monday, but that didn’t stop them from flocking to the session to make a statement.

Circular EnerG LLC, is proposing a $365 million incinerator that will turn municipal solid waste into energy. The proposed facility would sit on 48-acres of the former Seneca Army Depot, which is currently owned by Seneca Depot LLC.

The developers are affiliated with Top Circle Capital, which has an office in Rochester.

Planning Board Chairman Tom Bouchard began the session by reminding the over 200 in attendance that it was for presentation purposes only. “This massive plan will require close scrutiny. Concerns have been raised about the size and scope of the project,” Bouchard explained. “That’s why the Planning Board has invited CircularEmerG to this meeting.” 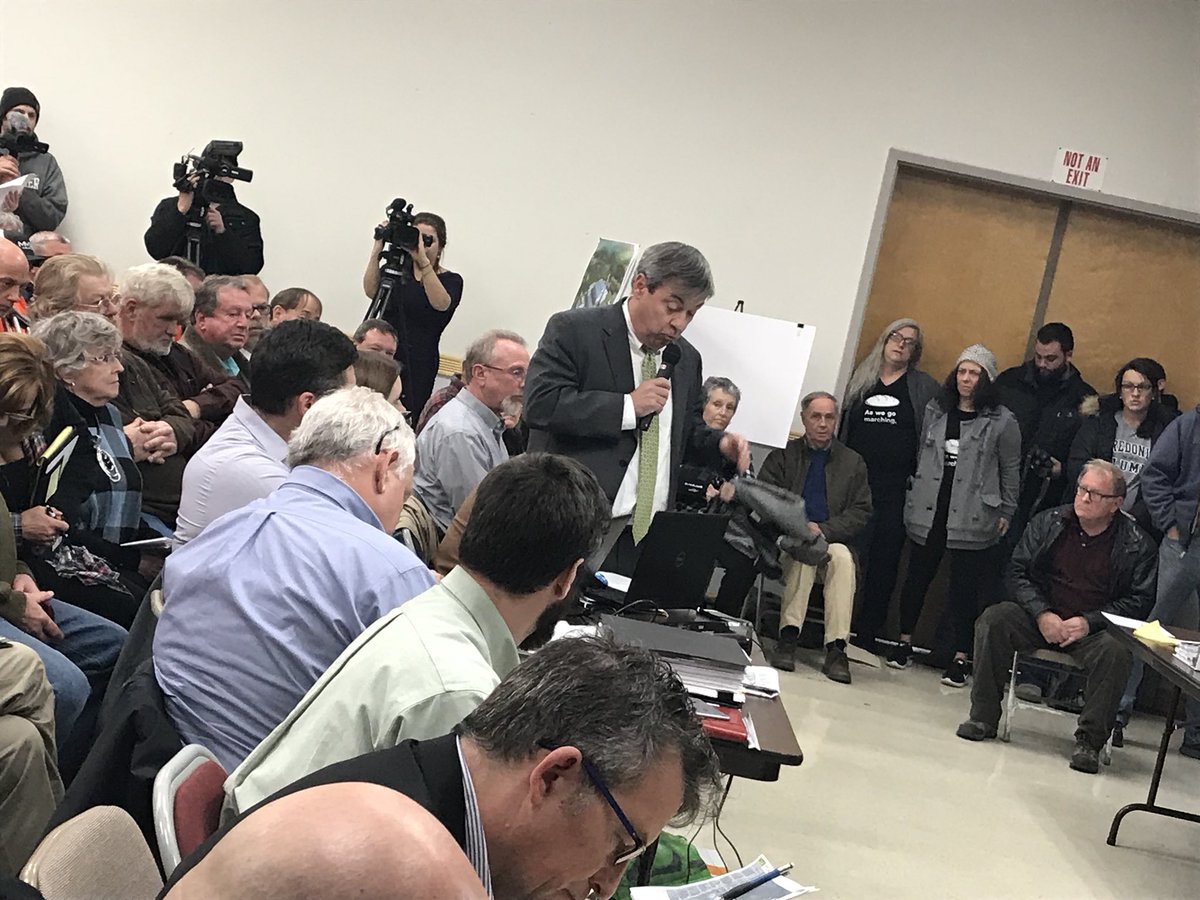 “Tonight will not be for public comment,” added Bouchard during his introduction of the meeting. That comment drew laughter from parts of the crowd.

Circular EnerG will need to obtain approval from the planning board before acquiring a special-use permit. The Zoning Board of Appeals could potentially be involved in the process, but their involvement would depend on how the Planning Board proceeds, according to officials with the Town of Romulus.

As with any business involving municipal solid waste, the topic has proven controversial and complex. A number of state and federal permits would be required, in addition to any approvals handed out by the Town’s Planning Board, or Zoning Board of Appeals.

Opposition has been vocal to the proposed facility. Two other controversial issues have meant a mobilized resistance to proposals like this one. The proposed LPG storage facility beneath Seneca Lake near Watkins Glen, as well as the Seneca Meadows Landfill located in Seneca Falls.

Among opponents of the facility is the Finger Lakes Wine Business Coalition. In a statement to the media, the coalition, which has more than 130 members said “It is our duty to strongly oppose the proposed construction and operation of a waste incinerator facility under consideration by the Romulus Town and Planning Boards.”

Among concerns voiced by the group, a 260-foot smoke stack, 445,000 gallons of water withdrawn from Seneca Lake and the more than 100 trucks per day entering the facility. 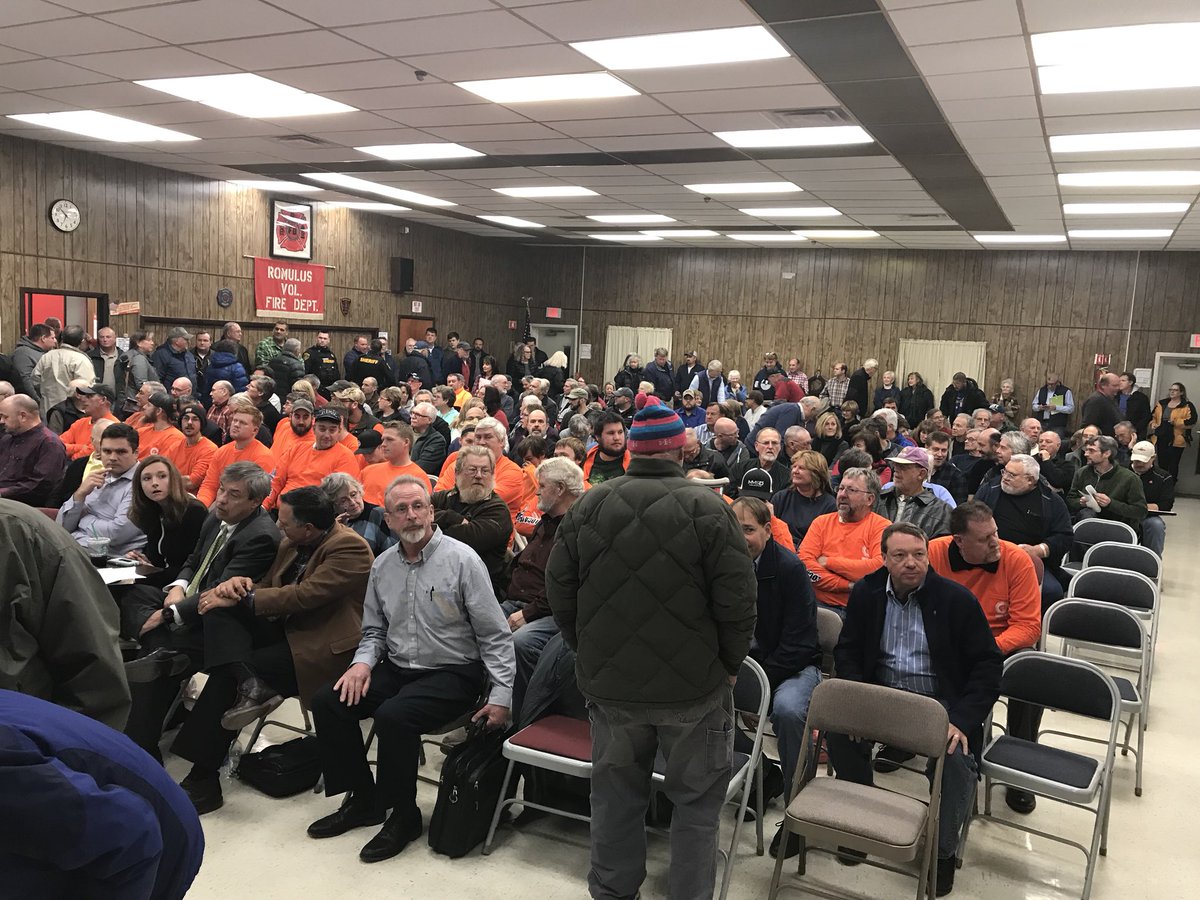 Alan Knauf, the attorney representing Circular EnerG disagreed with the environmental concerns. “This would be great for the environment and would serve as a major boon to the local economy,” he explained.

The SEQR process will begin at the next meeting, and the Planning Board said that they would like to move to become lead agency in the process moving forward. According to the engineers at the information session, as well as Circular EnerG’s legal representation — experts have already begun the process of ensuring that there will be no environmental impact.

Among those benefits, Knauf explained that incineration avoids the methane emission from landfills, avoids emissions from fossil fuel combustion, as well as those from metal production. The process also means no fracking, mining, or drilling, which is part of the overall environmental benefit, according to the engineers behind the proposal.

While there were a few outbursts of questions to the presenters, the meeting was largely kept under control by Bouchard, who said that there will be time for public comment, questions, and follow-up. He said the Planning Board would be moving forward to find environmental legal counsel.

Mike Palumbo, who owns Seneca Depot LLC, and the land where the facility would sit said this could do a lot for undeveloped property at the Depot. Palumbo said that he remains hopeful that residents will listen, be attentive and honest throughout the process.

The Planning Board will meet against next month, which will likely draw another crowd, as they begin the daunting process of wading through this controversial proposal.