State Police arrested a Walworth woman, who is accused of stealing hundreds-of-thousands from her former employer.

Police say Kristi L. Cain, 50, was charged with second-degree grand larceny. She worked as a paralegal at a law firm in Perinton, which was identified as DH Ferguson PLLC.

She is accused of issuing checks to herself for bonuses, commissions and other assorted reasons. 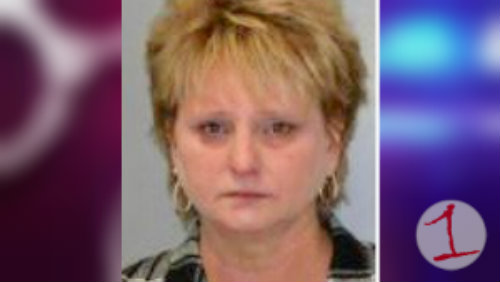 State Police say under statue of limitations, Cain can only be charged for the thefts that took place from 2012 to 2015 – despite thefts dating back to 2011 officially.

According to Dorothy H. Ferguson, owner of the now-closed firm – the thefts likely took place back through the early-2000’s, and likely totaled more than $418,000.

Cain can be prosecuted for the $177,000 in thefts from her former-employer, according to State Police.

Ferguson herself discovered the thefts after she spotted a questionable check written by Cain. After further review, it was determined that there was an ongoing pattern for over five years, which could be prosecuted.

State Police became involved in June, which led to Cain’s arrest. She was remanded to the Monroe County Jail in lieu of $5,000 cash bail or $10,000 secured bond.

Except for two tax liens that were paid, Cain has no prior criminal record. She went on to work for several other companies and listed her current employment as a Senior Property Man-ager for HMR Properties, serving at the capacity at the Evergreen Apartments off the Gananda Parkway in Macedon, according to the Wayne Times.