Ervin Philips became Syracuse’s career receptions leader, but a dramatic Orange rally fell short in a 27-24 loss to Florida State (4-5, 2-3) at Doak Campbell Stadium. The Orange slipped to 4-5 overall and 2-3 in the ACC.

Syracuse had a chance to tie the game on the final play, but Cole Murphy’s 43-yard field goal attempt was wide. 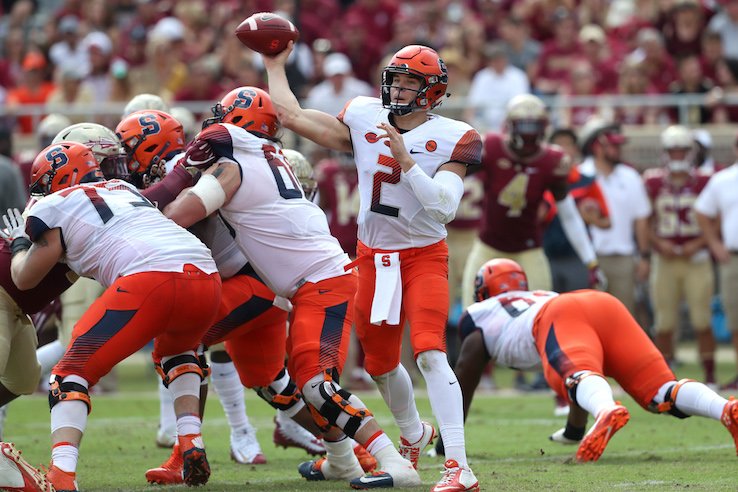 Junior quarterback Eric Dungey accounted for all three Orange touchdowns, throwing for two and rushing for a third. He finished the game 23-of-43 passing for 278 yards. In addition, he posted his second straight 100-yard rushing effort, tallying a career-high 109 yards on 22 carries.

This fourth down play in the Florida State vs. Syracuse game was bonkers pic.twitter.com/AtPlyFtPFW