Skip to content
»
Home > Sports > College > What are the key questions to ask Jim Boeheim at ACC media day?

Like all Syracuse Orange fans, I’m a resident of the state of California, and therefore, will not be headed to Charlotte on Wednesday for ACC Operation Basketball.

You’re likely confused at this point because this event sounds like a covert mission. It is not. It’s actually a pretty public event for ACC men’s basketball media day. However, since the league refuses to use “media day” for any sport (see: ACC Football Kickoff), we get Operation Basketball instead. 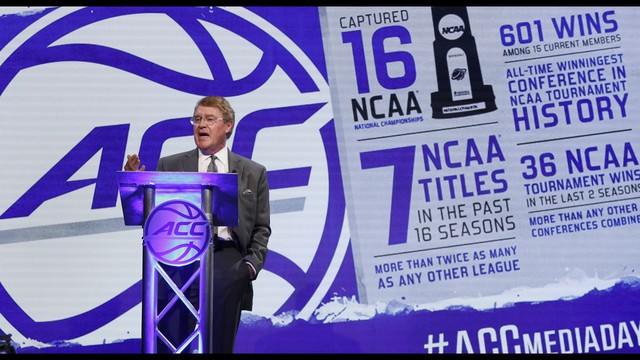 Among the attendees for Syracuse this year: Tyus Battle, Frank Howard and (of course) Jim Boeheim. Frank may seem like an odd choice, but when you look at the lack of experience on this roster, who else are you bringing? That’s no offense to Frank, either. When we previewed Howard’s season recently, we did see him being able to deliver on some of his potential with a more prominent offensive role.