With its captains selected and new class now on campus, Cornell men’s lacrosse announced its 2018 regular season schedule Monday afternoon, which begins at Colgate and, hopefully for the Red, results in at least a trip to New York City for the Ivy League tournament.

After a Feb. 10 scrimmage with Drexel, Cornell will look to open its 2018 campaign with a 14th-straight win against Colgate on Feb. 17. Thanks to a 15-6 win over the Raiders at home last year, which snapped a five-game winless start to the season, the Red holds a 43-7-1 record in the series. 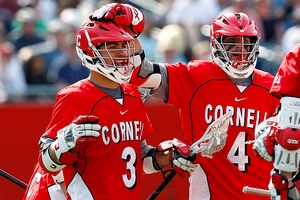