A fan favorite will be missing from Watkins Glen International’s race lineup next year. Officials announced Thursday that the Verizon IndyCar Series won’t be returning for the 2018 season.

Due to some scheduling issues, both parties chose to part ways, at least for the next season.

Over the past two years, WGI held Indy on Labor Day Weekend, which is what it was offered this year. But from past experience, officials say, it’s just not a good fit and a tough racing weekend for the Finger Lakes Region. 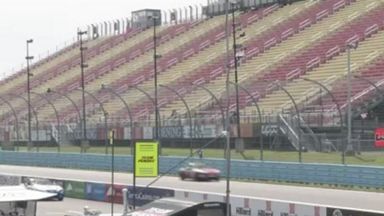 Some businesses in downtown Watkins Glen have come to rely on the race each Labor Day weekend and say it may result in some lost revenue. But they are thankful for what the Glen’s other main events, like NASCAR and Sahlen’s Six Hours at the Glen, bring to the region.

It’s not the first time IndyCar has been missing from the Glen. The series took a six-year hiatus before returning in 2016. Although they would have liked to hold the race, WGI officials say they’ve done just fine without it in the past.