The “Baby Bombers” punched their ticket for a showdown with the Indians in the American League Division Series presented by Doosan, with Didi Gregorius, Brett Gardner and Aaron Judge all homering to overcome Luis Severino’s first-inning exit, leading the Yankees to an 8-4 victory over the Twins on Tuesday in the AL Wild Card Game at Yankee Stadium.

On an electric evening in The Bronx, the Yankees celebrated their first playoff victory since 2012, knocking Twins starter Ervin Santana out after just two innings. Gregorius launched a game-tying three-run homer in the first, Gardner cracked a go-ahead blast in the second and Judge mashed a two-run laser off Jose Berrios in the fourth. 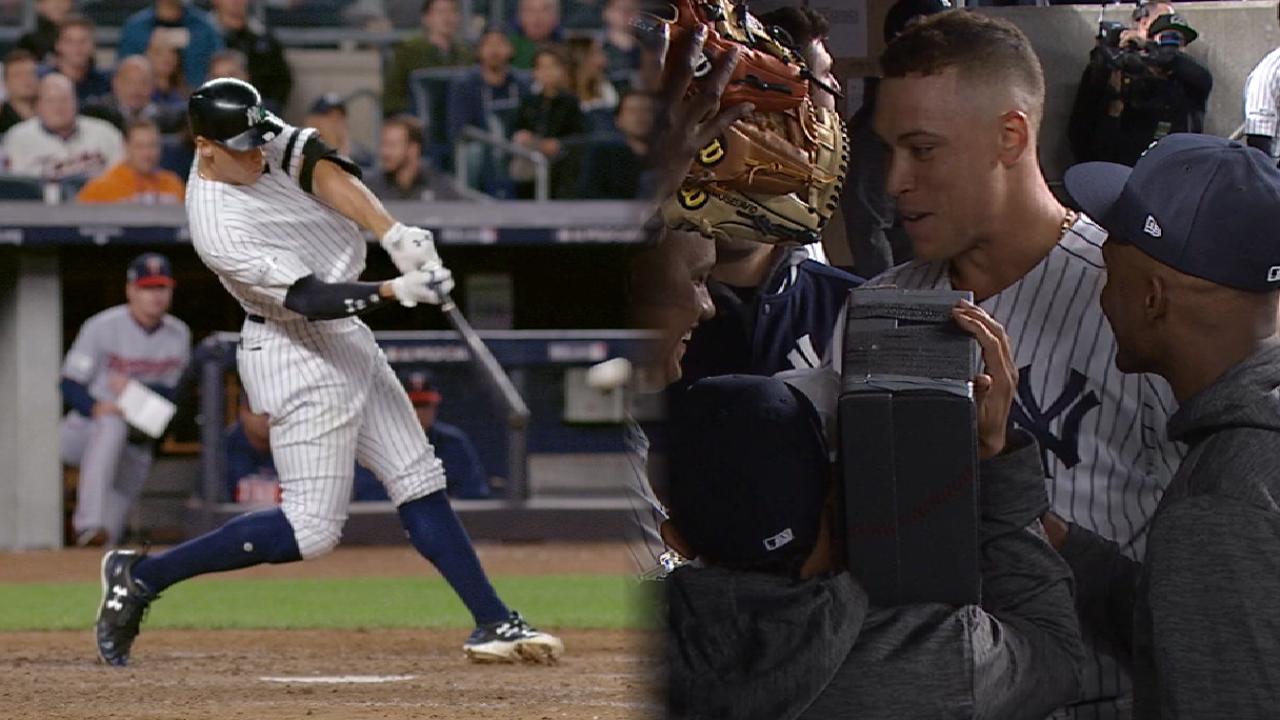 That provided the necessary support, while manager Joe Girardi was forced to lean on his bullpen to record 26 outs behind Severino, who permitted three runs and notched just one out. Severino’s departure left the Yankees in the position of needing to become the first team since the 1925 Pirates to win a winner-take-all postseason game while getting one out or fewer from its starting pitcher.

Chad Green answered the call first, striking out four in two innings, and David Robertson was splendid as he notched career highs with 3 1/3 innings and 52 pitches. Tommy Kahnle worked 2 1/3 clean frames ahead of Aroldis Chapman, who pitched a scoreless ninth to send the Yankees to the ALDS.

Minnesota got an immediate lift from Brian Dozier’s leadoff homer, the first ever hit in a Wild Card Game, and Eddie Rosario’s two-run shot later in the frame threatened to take the juice out of the building. But the Stadium thundered back to life as Santana couldn’t hold that lead, and the Yankees added three runs in three innings against Berrios.

Aaron Hicks worked a bases-loaded walk in the seventh that provided the Yanks additional breathing room.

1st inning. Yankees down 3-0. Starting pitcher out of the game.

How's THAT for a postseason debut?! #AllRise pic.twitter.com/bsSz4vkX1I

The New York Yankees win the Wild Card. They will face Cleveland in the ALDS.

Congrats to the Yankees on winning the World Series tonight (via @YESNetwork) pic.twitter.com/1wAEjE6FIM