Aaron Hicks robbed Wilson Ramos of a grand slam with an unbelievable catch, Jordan Montgomery settled in to complete six solid innings and Starlin Castro homered as the Yankees secured home-field advantage for a potential American League Wild Card Game with a 6-1 victory over the Rays on Tuesday evening at Yankee Stadium. 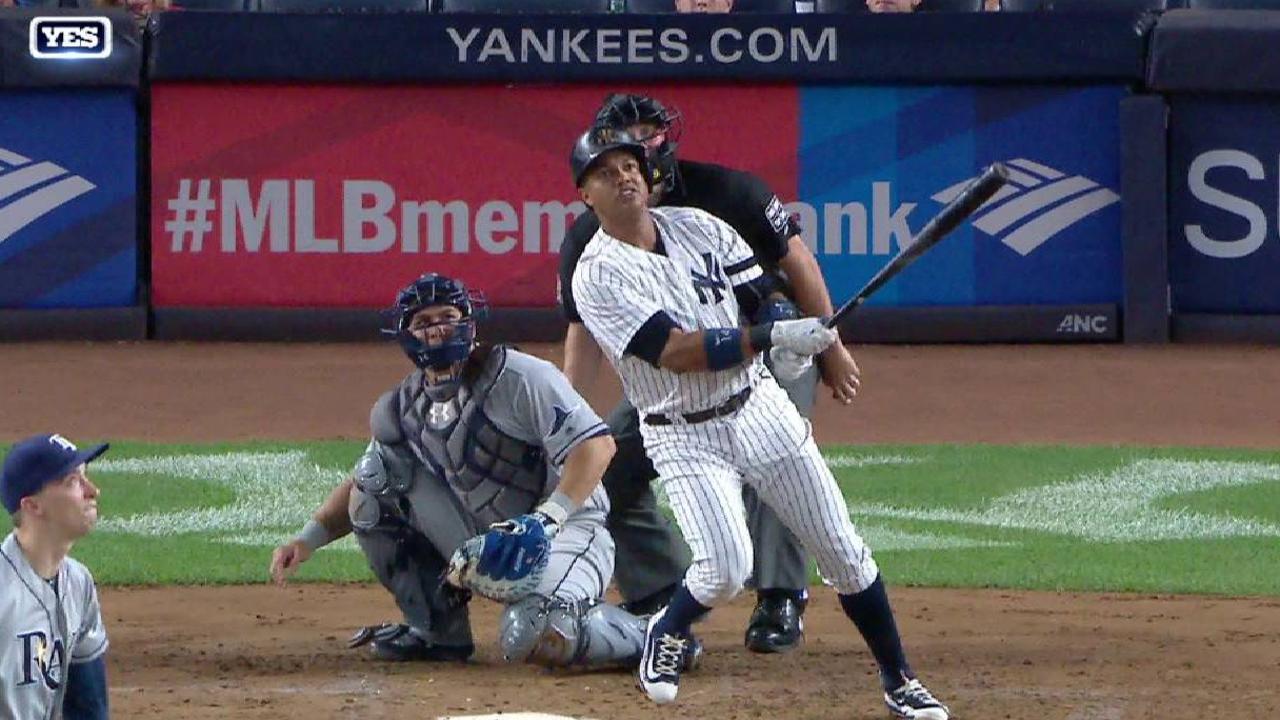 With the win, the Yankees closed within three games of the Red Sox in the AL East race. The Yanks have secured the first AL Wild Card, so if they do not catch Boston, the Wild Card Game would be played at Yankee Stadium on Tuesday, Oct. 3 at 8 p.m. ET. The loss officially eliminated the Rays from postseason contention.