Inside a computer lab at University Christian (Florida) High School in 1995, Ed Orgeron instructed Derrick Corley to crouch into a defensive stance. Orgeron’s energy was contagious. How he spoke in a raspy, Southern drawl. How he told Corley to position his legs and angle his shoulders. How to spring off the ground as if he were rushing a quarterback.

Orgeron said all of this as he demonstrated the moves himself, poised on his hands and knees between rows of computers in a Jacksonville classroom. A couple dozen students looked up from their screens. 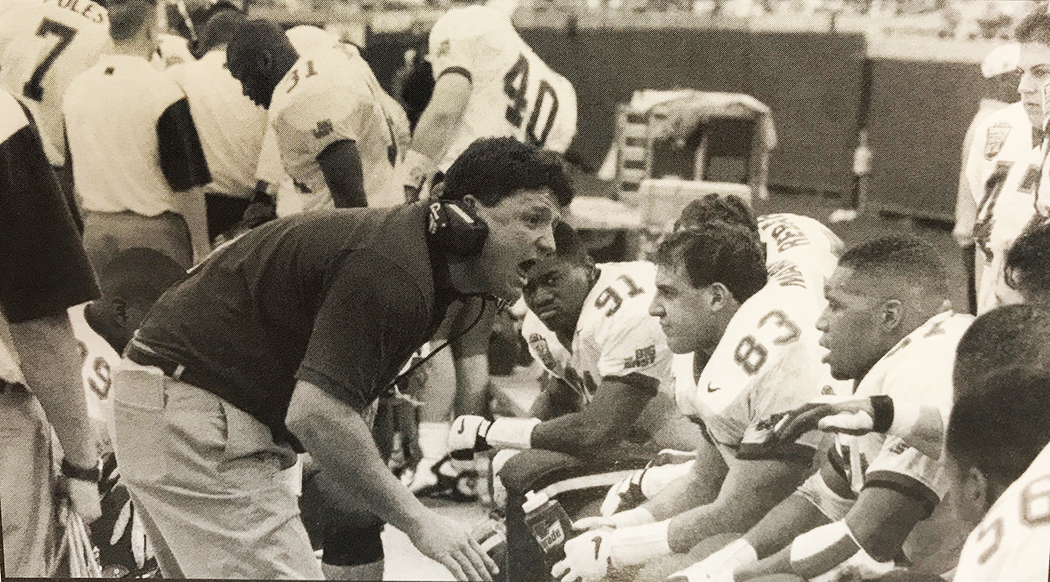 “I decommitted from Miami and went to Syracuse just because I wanted to play for him,” Corley recalled from the recruiting visit.

The legend of Orgeron, commonly known as Coach O, has only grown since he left central New York. Read More