Aaron Judge hit his American League-leading 44th home run and Jaime Garcia turned in his best start for his new club before Aroldis Chapman extinguished a threat in the eighth inning, converting his first five-out save in more than two years as the Yankees secured a 2-1 victory over the Twins on Monday at Yankee Stadium. 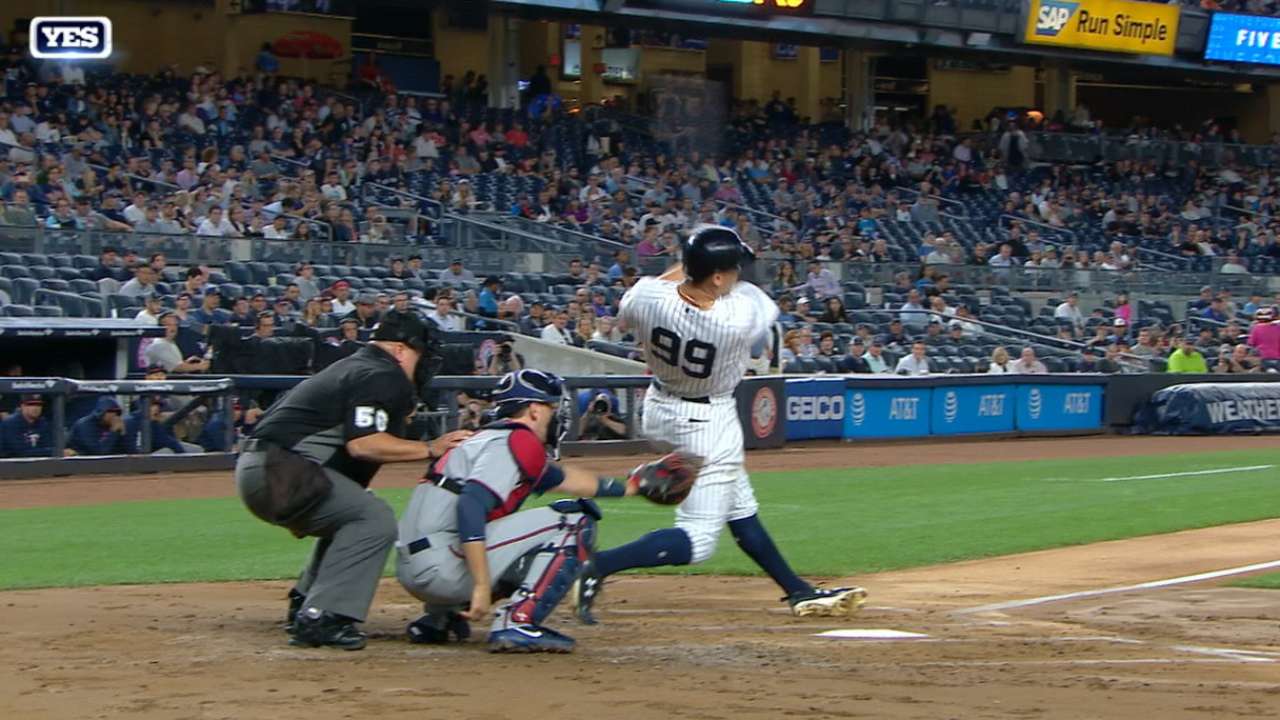 In what could have been a preview of the American League Wild Card Game, the Yankees remained three games behind the Red Sox in the AL East but padded their advantage to five games over the Twins for the first AL Wild Card. Minnesota leads the second AL Wild Card by 1 1/2 games over the Angels.