Evan Longoria had joked that there is no such thing as a “neutral site” when playing against the Yankees, whose followers always seem to travel quite well. Todd Frazier’s three-run homer highlighted a five-run fourth inning as the Bombers made the interborough trip a memorable one, powering a 5-1 victory over the Rays on Monday evening at Citi Field.

In the first of three games relocated to Queens by the impact of Hurricane Irma, right-hander Jake Odorizzi held New York hitless through the first three innings before requiring 51 pitches to record two outs in the fourth, charged with five runs (one earned) after the Yankees sent 10 men to the plate.

With their eighth victory in 11 games, the Yankees moved within three games of the idle Red Sox in the American League East race. Tampa Bay fell four games behind the Twins for the second AL Wild Card; the Yankees hold the first AL Wild Card spot. 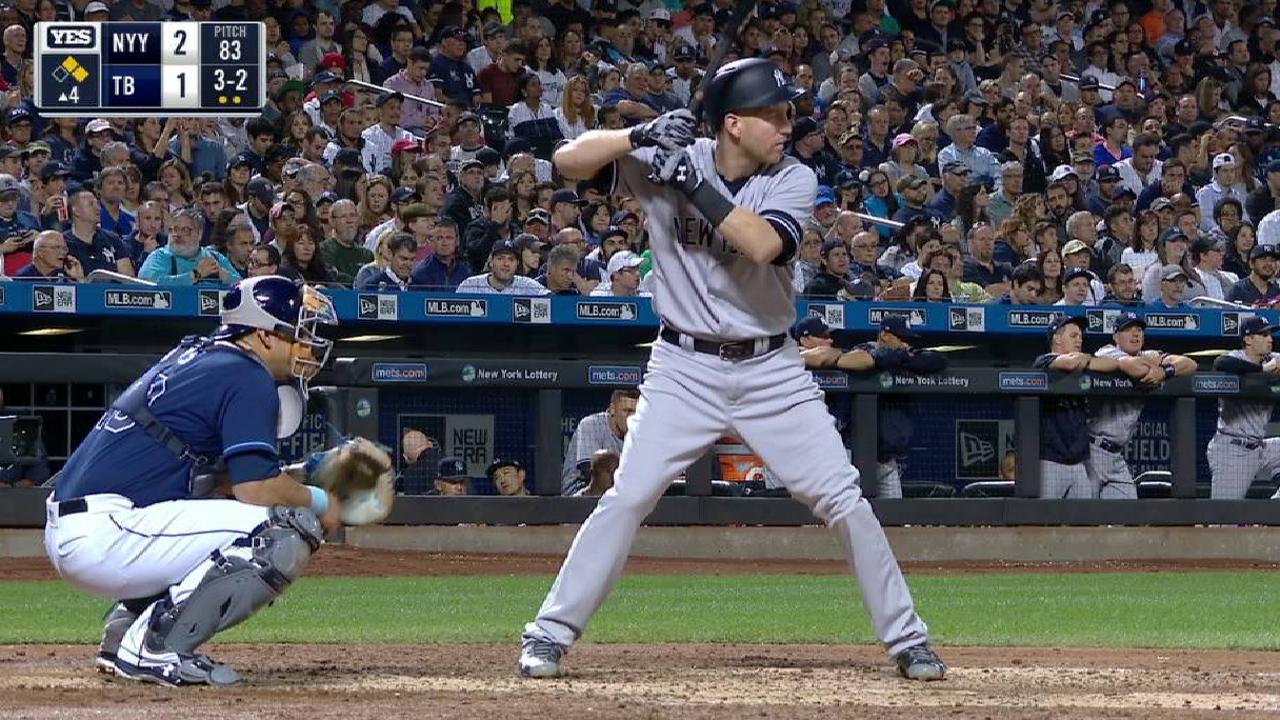