On a day when final scores and stat sheets seemed less important than usual, the Astros won with ease. An emotional Saturday at Minute Maid Park ended with a 4-1 win over the Mets, giving the Astros a doubleheader sweep.

Josh Reddick and Marwin Gonzalez hit RBI singles during a four-run sixth inning, sending the thousands at Minute Maid Park — many of them clad in electric orange T-shirts and jerseys — into extended rounds of applause. Fans came from all over the Houston area to watch the Astros play their first home games since Hurricane Harvey made landfall over Southeast Texas late last week, including thousands of evacuees, volunteers and first responders. 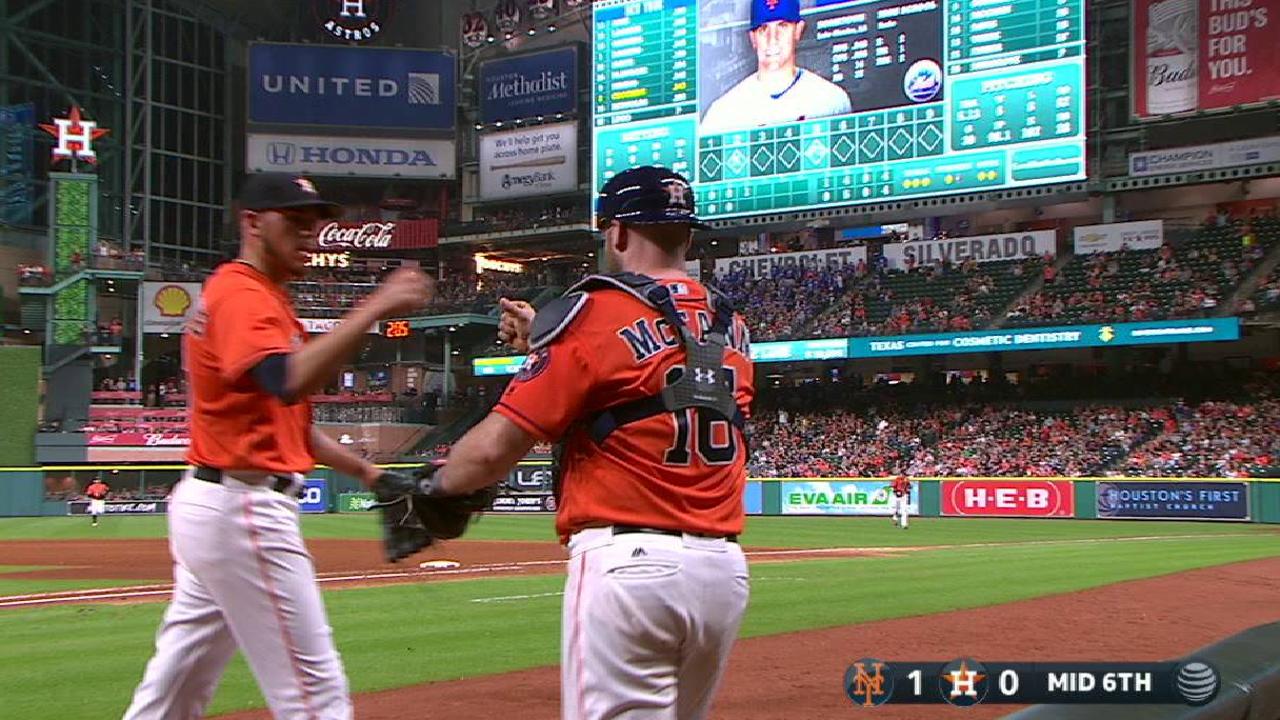