Aaron Judge, Aaron Hicks and Gary Sanchez all connected for the 40th home runs of their Major League careers on Monday evening, powering the Yankees to a much-needed 4-2 victory over the Mets in the opening game of this year’s Subway Series.

Judge tied the game in the sixth, launching his American League-leading 36th homer off Rafael Montero, and Hicks tattooed a Hansel Robles heater to give the Yanks the lead in the eighth. 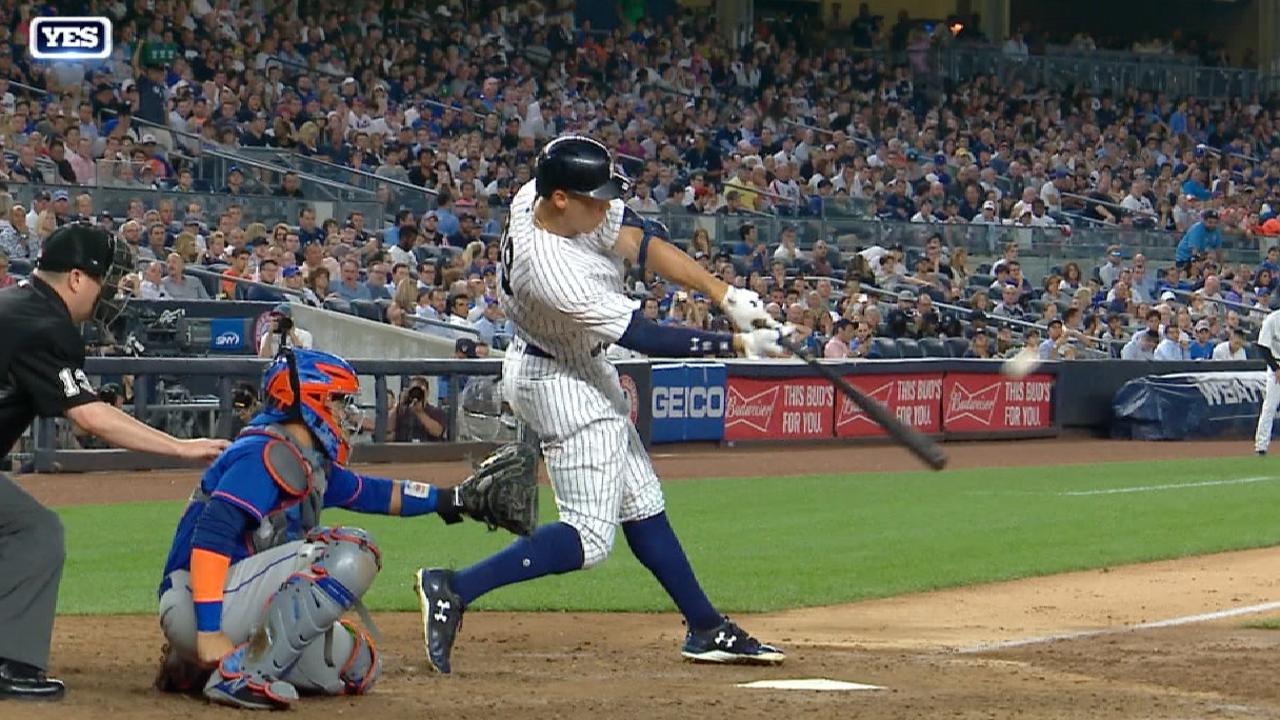