A Tigers starter kept the Yankees’ lineup quiet for the second game in a row as Jordan Zimmermann tossed seven shutdown innings in Detroit’s 2-0 win on Wednesday at Yankee Stadium.

Zimmermann was hitting his spots for much of the afternoon, and the Yankees’ only real scoring chances came in the third and in the sixth innings. He was removed after the seventh inning due to the second rain delay of the day. Play resumed at 8:01 p.m. ET after a three-hour and 11-minute delay, which Yankees right-hander Dellin Betances followed with the sixth immaculate inning in franchise history. 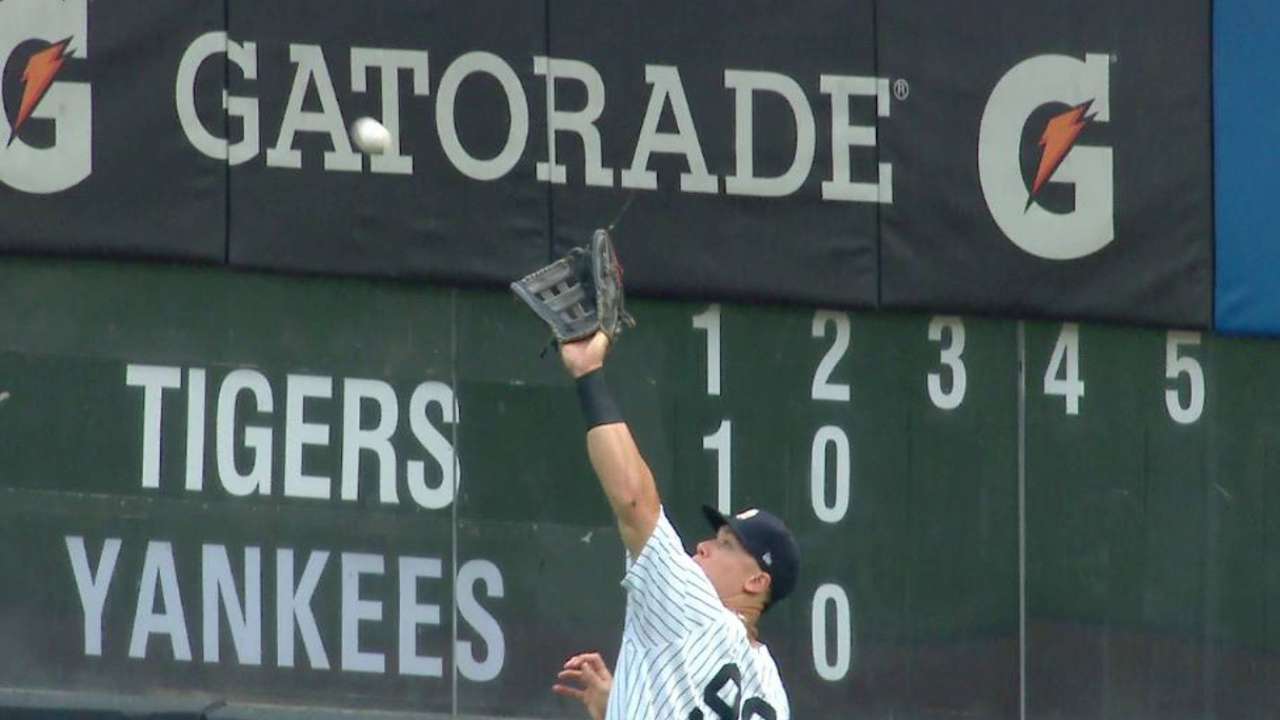