Rivera homered in each of his first two at-bats off Giants starter Matt Moore, helping New York grab a 4-1 lead. He also made a hustling, daring catch of Denard Span’s first-inning popup, snaring the ball inches in front of the backstop. With Giants on the corners, two outs in the third inning and a run in, Rivera ended the threat by throwing out Hunter Pence on an attempted steal of second base. 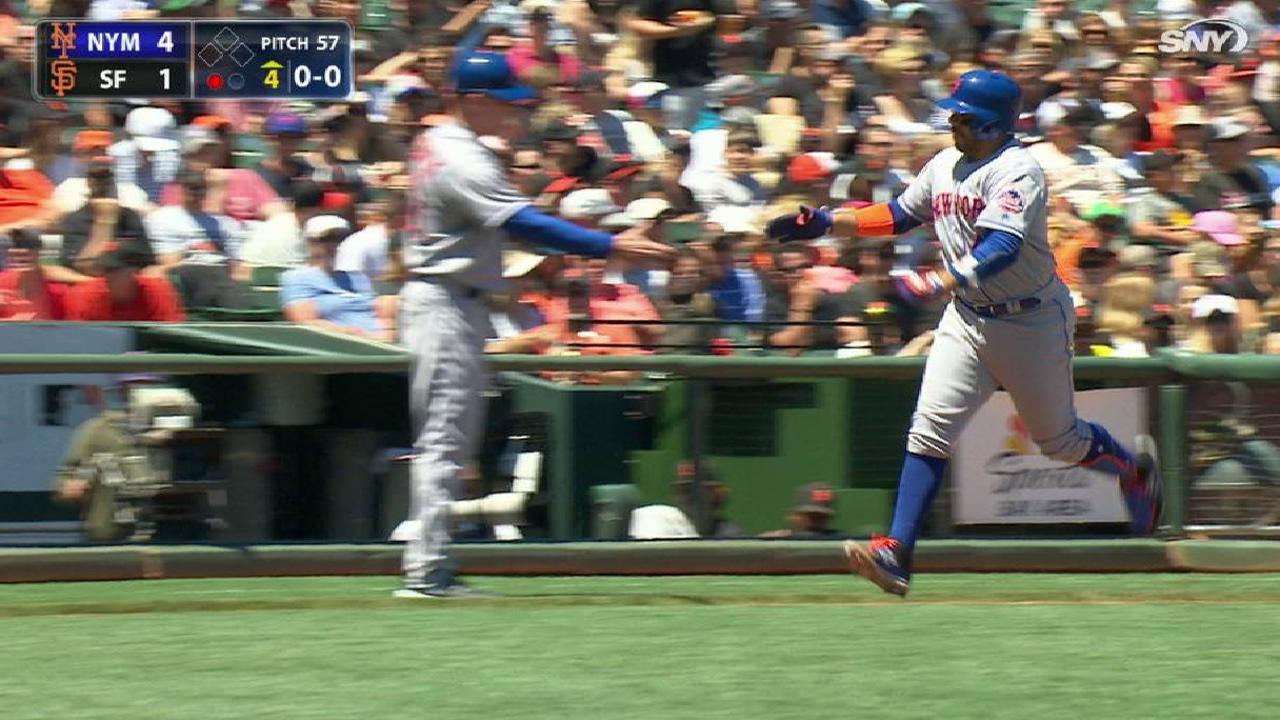