Reaffirming his status as one of the National League’s elite performers, Jacob deGrom pitched a four-hitter for eight innings Saturday to lead the Mets to a 5-2 victory over the Giants.

deGrom (7-3) has worked at least eight innings in three consecutive starts, the first Met to accomplish this since Johan Santana in August 2010. He lapsed only in the seventh inning, which Brandon Belt christened with a home run. deGrom received support primarily from Wilmer Flores, who homered in the fourth inning and doubled home a run in the eighth. 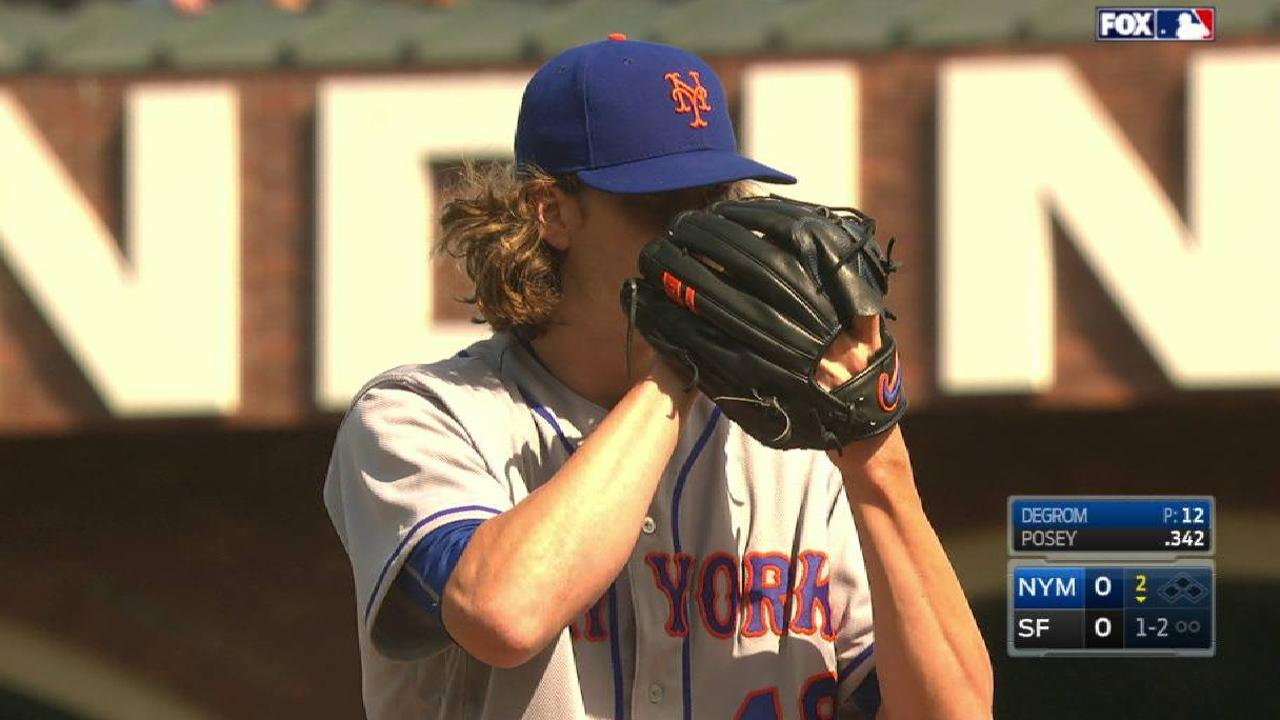