With the 24 pick of the 2017 NBA draft, the Denver Nuggets (via a trade with the Utah Jazz) selected former Syracuse Orange forward Tyler Lydon. This continues the streak of Orange selected in the first round. In Lydon’s two years at Syracuse, he left a substantial mark on the program. From helping assist the Orange in a Cinderella Final Four run during his freshman season to an honorable mention on the All-ACC team this season, he was consistently a standout player. 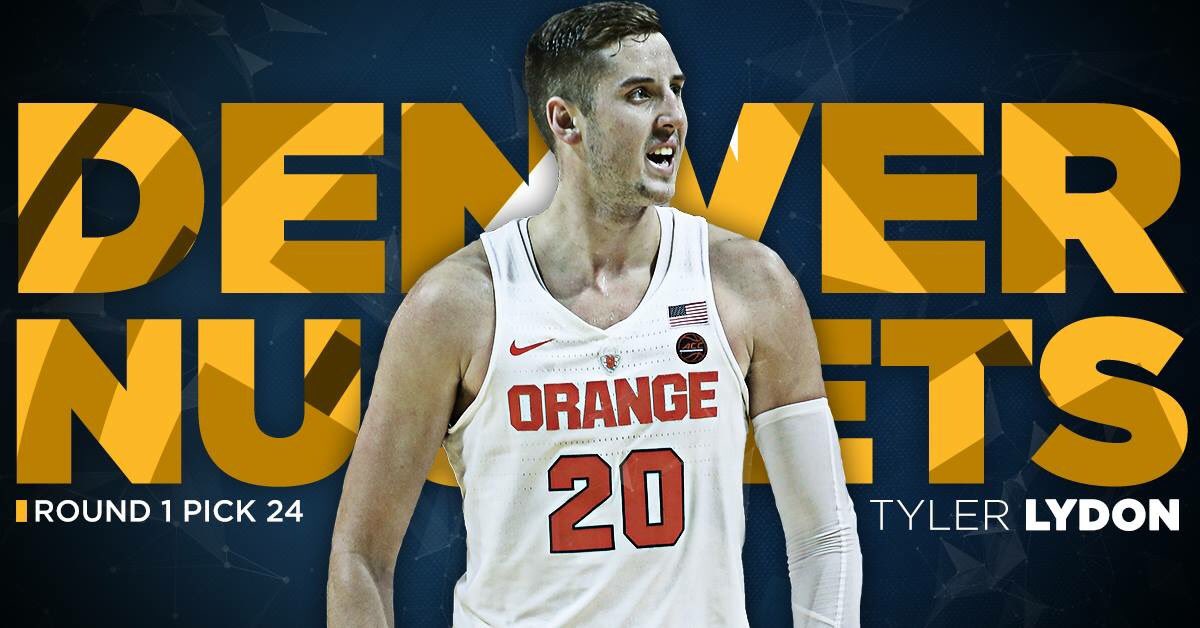