Didi Gregorius and Matt Holliday homered, Austin Romine collected three hits and the Yankees snapped their seven-game skid with an 8-4 victory over the Angels on Wednesday evening at Yankee Stadium.

Gregorius put New York on the board in the second inning with a two-run homer, and Holliday helped the Yankees reclaim the lead they had lost, drilling a solo homer in the fifth off Ricky Nolasco, who was charged with five runs and seven hits in 5 1/3 innings. 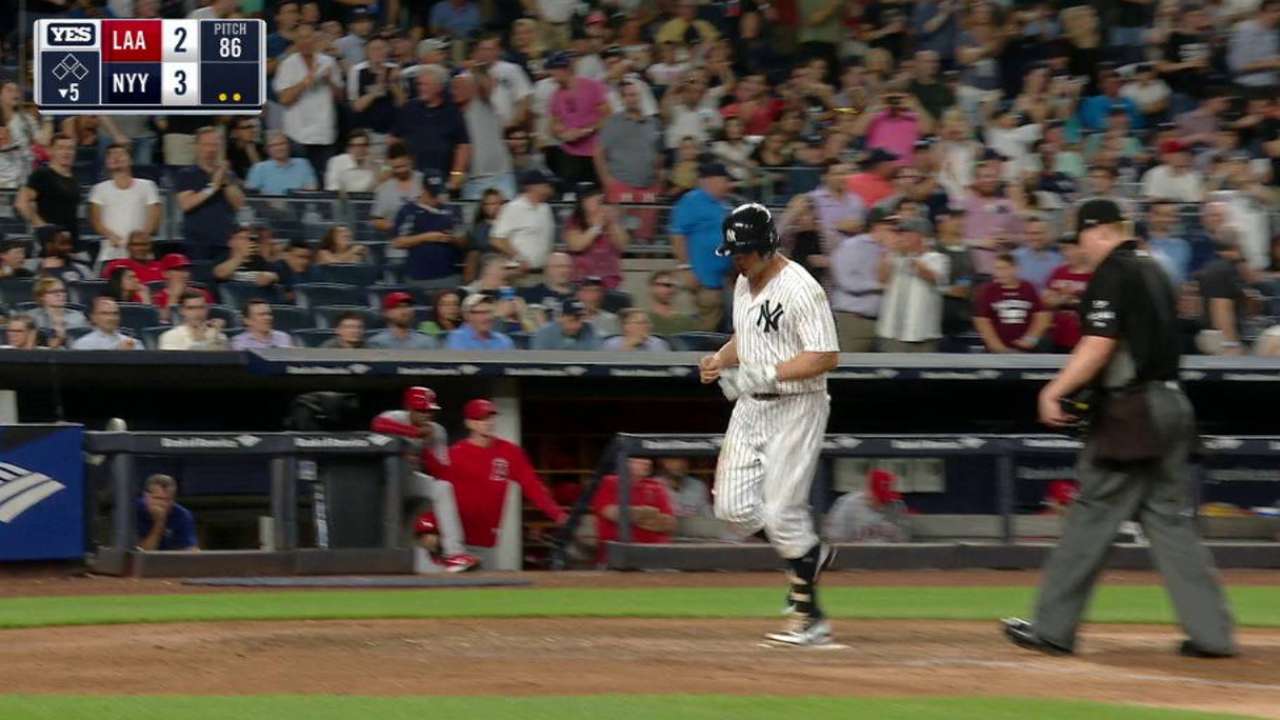